New Delhi, Jul 28 (PTI) Prospects of summer crops like rice, pulses and oilseeds are "good" in most parts of the country, barring some interior parts of Maharashtra, Andhra Pradesh, Telangana and Karnataka, IMD chief said today. 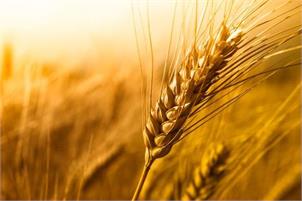 More than 50 per cent of the sowing of summer crops has been completed so far in this kharif season and farmers have taken up pulses, oilseeds and coarse cereals in a big way, as per the latest data of the Agriculture Ministry.

Sowing of kharif crops begins with the onset of southwest monsoon from June. So far, there has been 4 per cent deficit rains in the country, while in July alone the rainfall deficiency was about 17 per cent, as per the Met Department.

"The situation is not good in central Maharashtra, Marathwada, Rayalseema region of Andhra Pradesh, some districts of Telangana and north interior Karnataka. These areas have received lower rains and there are concerns about crop prospect," India Meteorological Department (IMD) Director General Laxman Singh Rathore told PTI.

The situation in northern India is good barring some parts in Bihar and Eastern Uttar Pradesh, he said adding that however, "the crop situation in rest of the country is good."

Echoing similar views, Indian Council for Agricultural Research (ICAR) Deputy Director General (Crops) J S Sandhu said, "There is over 50 per cent rainfall shortage in some regions in these four states. This is acute deficit and obviously there will be some impact on pulses, coarse cereals and cotton."

Otherwise, the sowing operation in other parts of the country is in full swing. More than 50 per cent of kharif sowing has been completed so far, he said.

Interestingly, area under pulses, oilseeds and coarse cereals has increased significantly so far this kharif season, signalling record production of these crops, he added.