Mumbai, Dec 26 (PTI) After a roller-coaster ride, Dalal Street is headed for its worst performance in four years in 2015 -- when foreign investors pushed the benchmark Sensex to a life-time high before puncturing the rally by pulling out billions of dollars from their 'favourite' market. 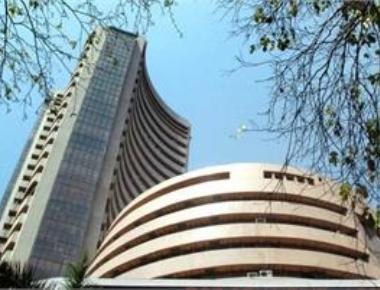 With just four days of trading to go, the Sensex has lost 1,660 points or over six per cent in 2015, after gaining nearly 30 per cent in the previous year. The index had last registered an yearly loss in 2011 when it fell 24 per cent.

The index, which currently stands at 25838.71 points, is also sharply down from its life-time peak of 30,024 points it scaled in March this year on a rate-cut boost from RBI.

On the other hand, the year also marked the worst single- day loss on August 24 when the Sensex took a sharp plunge of 1,624.51 points (5.94 per cent) following a steep devaluation of Chinese currency yuan in the beginning of August.

However, listing of new companies in the stock market helped the total investor wealth, measured in terms of market capitalisation of all listed shares, retain its level close Rs 100 lakh crore -- albeit a shade below the mark.

There has not been much change on this front from the 2014-end level of Rs 98.4 lakh crore, although it mostly remained above Rs 100 lakh crore mark till July in 2015.

The major losers this year include metal, banking, realty and PSU stocks. The BSE metal index is down more than 32 per cent, realty about 15 per cent, banks by over 10 per cent and the PSUs by over 18 per cent.

However, healthcare and consumer durables have done better with smart gains in their indices.

It has been the heavy sell-off by foreign portfolio investors (FPIs), who have long regarded Indian markets as their favourite emerging market play, that turned the tables for the Indian stock markets in the second half of the year.

The net FPI inflows this year has fallen to just about USD 3 billion, as against an average of USD 20 billion invested by such investors in each of the last three years. On top of it, the FPIs have been net sellers in the secondary market and it is the investment made in IPOs that has helped the overall inflows remain in positive territory.

However, similar was the case for most other markets as global headwinds including from China had their impact almost everywhere.

Summing up the year, Alka Banerjee, Managing Director, Global Equity and Strategy Indices, S&P Dow Jones Indices, said the Indian equity markets actually benefitted from low global commodity prices and the volatility was less in comparison to the other emerging markets and 2016 promises to be an exciting year. .