Excise duty hiked on petrol by Re 1/litre, on diesel by Rs 1.5

New Delhi, Jan 30 (PTI) Ahead of the Budget, government today hiked the excise duty on petrol by Re 1 per litre and Rs 1.50 on diesel, the third increase this month, to mop up over Rs 3,200 crore in additional revenue, netting in all Rs 17,000 crore in three months. 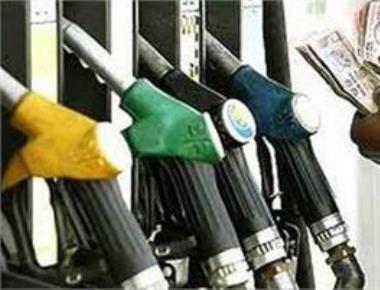 The hike will not result in any increase in retail selling price of the two fuels as it would adjust against the reduction in rates that may have been possible because of the slide in international oil prices.

Basic excise duty on unbranded or normal petrol has been increased from Rs 8.48 per litre to Rs 9.48 and the same on unbranded diesel from Rs 9.83 to Rs 11.33, a notification of the Central Board of Excise and Customs (CBEC) said.

The increase in excise duty will fetch the government over Rs 3,200 crore during the remainder period of the fiscal.

This is the third hike in excise duty this month as the government made use of the slump in oil prices to shore up resources at a time when its disinvestment kitty is likely to fall way short of target.

The government had on January 16 hiked the excise duty on petrol by Rs 0.75 per litre and Rs 2 on diesel to mop up over Rs 3,700 crore in additional revenue.

Prior to that the government on January 2 had hiked the excise duty on petrol by Rs 0.37 per litre and Rs 2 on diesel to mop up a little less than Rs 4,400 crore.

The three hikes in excise duty this month takes to five the number of times tax rates on the two fuel have been raised this fiscal.

Previously on November 7, excise duty on petrol was raised by Rs 1.60 per litre and diesel by 30 paise to raise Rs 3,200 crore.

With the five increases, the government is expected to mop up over Rs 17,000 crore to meet its budgetary deficit.