GM to recall trucks, SUVs due to brake pedal failure

Chicago, Feb 10 (IANS) General Motors announced on Tuesday that it will recall 473,000 trucks and SUVs due to the failure of the brake pedal. 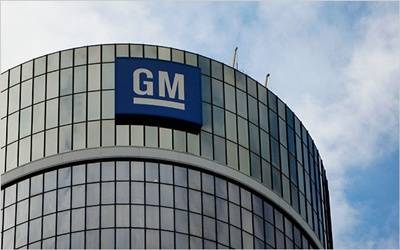 The US automaker said a nut on the brake pedal pivot installed in these vehicles may come loose, causing the pedal to loosen and inoperable. But so far, it is unaware of any crashes or injuries resulting from the problem, Xinhua news agency reported.

The vehicles to be recalled include 2015 and 2016 Chevrolet Silverado HD, GMC Sierra HD and Chevrolet Tahoe vehicles.

Based in Detroit, the world's largest automaker has plunged into a faulty ignition switch scandal from February 2014, that has resulted in a recalling of 2.6 million cars in 2014.