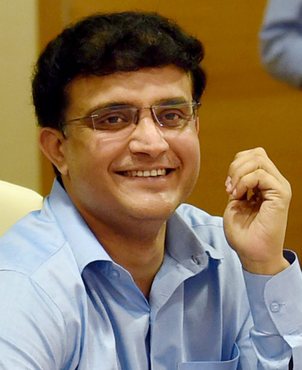 It is East Zone's turn to propose the BCCI president's name and it is widely believed that the former India captain who would now control three votes -- Bengal, Tripura and National Cricket Club (NCC) would be the proposer.

When asked whether he will support Manohar's name in the BCCI meeting on October 4, Ganguly said: "We cannot talk right now, we will see what happens ahead."

The BCCI has called a Special General Meeting (SGM) on October 4 to elect its new President with Nagpur lawyer Manohar emerging as a "consensus" candidate.

Apprising media of the development, the BCCI Secretary Anurag Thakur in Delhi said that the meeting will be held in Mumbai and scrutiny of the nominations will be done on October 3. On CAB or East Zone states not having a candidate for BCCI presidency, the 43-year-old Ganguly said, "I am not yet the president of CAB. I am still the secretary. We will have to wait and watch. We will see, we will have to follow BCCI norms."

Meanwhile, Ganguly made it clear that it was not the time to talk about BCCI's plans to appoint different coach for Test and ODIs.

Recently, the team has done well in Sri Lanka and he has got extension till T20 World Cup. This is not the time to speak on the issue," Ganguly told reporters here after being signed as a brand ambassador for a jewellery company.