New Delhi, Dec 6 (PTI) Accusing the government of "inflating" growth rate by using "dubious" data, the CPI(M) today said such moves to project that the Indian economy was doing well may help in grabbing global headlines but would not help the economic fundamentals. 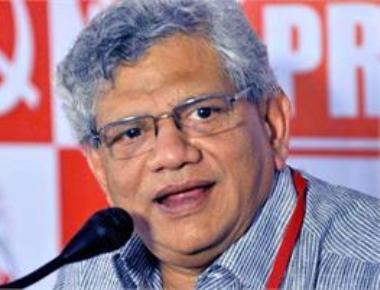 "We have once again heard the Prime Minister and the Finance Minister speak about how well the economy is doing and its shining prospects. But nothing will move till public investment is increased in the economy. Changing data-series may help manage global headlines for a while, but won't help fundamentals," CPI(M) General Secretary Sitaram Yechury said.

"On the basis of highly dubious data-series, our GDP growth rate has been inflated. Many commentators and economists continue to point out the deeply flawed statistical basis of such data projections," he said in a Facebook post.

Yechury argued that the government's 7.4 per cent growth rate came down to 5.2 per cent when calculated on the basis of the older basis points.

He also charged the government with extending tax concessions to corporate sector while common people and farmers suffered due to price rise and agrarian crisis.

Expressing concern over "deepening" agrarian distress resulting in farmers' suicide, Yechury accused BJP of "betraying peasants by not keeping its electoral promise of offering minimum support prices at least 150 per cent of the costs of production.