Govt will find out alternative ways to implement GST: Goyal

Ahmedabad, Aug 14 (PTI) Union Minister of State for Power Piyush Goyal today conceded that there is slim possibility of implementation of GST law by April 2016 deadline, but said the government will work out alternatives to implement it so that people derive its benefits. 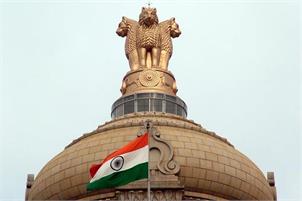 Accusing the Congress of "insulting the people of the country" by disrupting the legislative business in the just-concluded Parliament session where GST bill was stalled, the Minister said they are doing this to create a perception that the Modi government is not working.

"There are less possibilities of implementing Goods and Service Tax (GST) law by April 2016, but the government will work out alternative ways to ensure people get its benefits," Goyal said in response to a specific query if the government can implement it by the April 2016 deadline.

"We will hope that the Congress will realise the futility of stalling reforms like GST and will come on board."

However, he refrained from spelling out alternative ways, saying the Finance Minister (Arun Jaitley) will "think over it and come out with an alternative at an appropriate time".

He ruled out Ordinance route for GST, saying constitutional amendments cannot be implemented by Ordinances.

Yesterday, Finance Minister Arun Jaitley had asserted that the NDA government is determined to stick to the rollout deadline for GST.

"I will not reveal the strategy, but I would clearly say we are determined and it would be our endeavour to roll out GST from April 1, 2016," Jaitley had said yesterday.

Goyal, who was in town as part of BJP's strategy to 'expose' the Congress all over the country for stalling Parliament, said, "The Congress has not only insulted Parliament, but also the people of this country."

He added: "People of this country had given absolute majority to Prime Minister Narendra Modi's government and reduced the Congress to just 44 in the last Lok Sabha elections. However, by misusing the Parliamentary process, the Congress has stalled important legislative business."

Referring to the Congress again, he said the government under Narendra Modi has started to bring about structural changes in the country, but they want to stall the progress of the country. .