List of tax exemptions to be phased out in few days: Jaitley

New Delhi, Sep 9 (PTI) Finance Minister Arun Jaitley today said the government in the next few days will bring out a list of tax exemptions to be phased out as part of the exercise to reduce corporate tax rate to 25 per cent in four years. 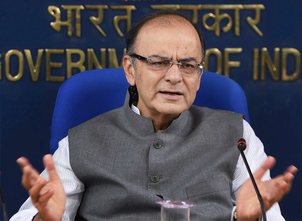 The minister also said measures to protect domestic steel sector from dumping by overseas manufacturers are being examined.

Stating that every tax demand cannot be termed as tax terrorism, he said, the government will not relent on pursuing black money in India or abroad.

"Therefore slowly we will bring taxation levels to global standards and make taxation assessment and return simpler by just eliminating a lot of exemptions."

The finance minister in his 2015 Budget had announced that the government would reduce the rate of corporate tax from 30 per cent to 25 per cent over the next four years to align the rates with competing countries.

In view of surge in import of various categories of steel, the Directorate General of Safeguards (DGS) has already initiated an inquiry into the imports of steel from China, Korea, Japan and Russia. .