New Delhi, Dec 16 (PTI) Finance Minister Arun Jaitley today hinted at accepting Congress' stand on scrapping of one per cent additional tax but said that their demand for incorporating the GST rate in the Constitution Bill was not agreeable. 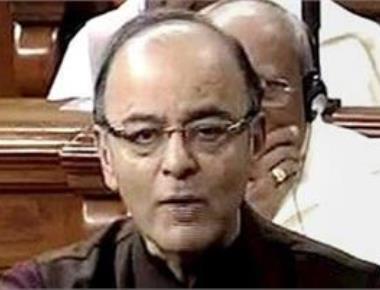 Congress has been stalling passage of the GST Bill over its demand for a simple Goods & Services Tax (GST) regime where states do not have powers to levy additional tax over a 18 per cent tax rate that forms part of the Constitutional Amendment Bill.

Speaking at an industry meet on GST, he said the one per cent additional tax on inter-state sales was proposed as manufacturing states like Gujarat and Tamil Nadu were of the opinion that they, having spent money on putting up infrastructure, would lose on revenue as GST is more of a destination tax.

"I have told my friends in Parliament that I am ready to go back to those manufacturing states and tell them that we have guaranteed you to make good for all the loss suffered in the first five years. So this one per cent additional levy issue is resolvable," he said.

GST is to subsume all indirect taxes like excise duty, sales tax and service tax. In the new regime, there will be one Central GST or C-GST and State GST or S-GST.

Currently, states levy sales tax or VAT on goods sold within their state and they get a Central Sales Tax (CST) on sales made outside their territories.

This CST will no longer be available in the new regime and a one per cent additional tax was proposed to make up for it.

On the other condition that 18 per cent tax should be put in the Constitution Bill, he said, "Are tariffs part of Constitution? Can tariffs ever be cast in stone?"

"Suppose there is a drought or a flood in 10 states and for one week you need to raise the tariffs, are you then going to amend the Constitution?," he asked.

"GST is an idea which I have no doubt that, if not today, tomorrow it has to be approved, we are just going through the agony prior to the passage of the Bill," Jaitley said.