Mangaluru: Chaos prevailed at the Mulki railway station for some time on January 8, Sunday night after a girl was injured when some angry passengers hurled stones towards the railway station. Passengers even engaged in heated exchange of words with the Station Master. 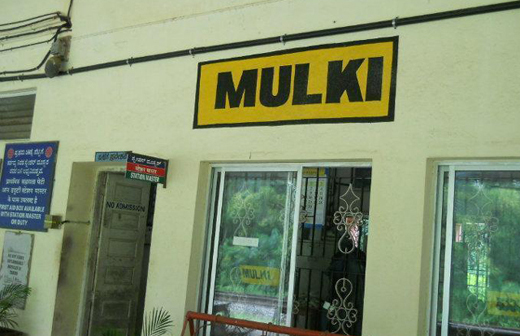 It has been gathered that the decision of the station authorities to stop the Madagaon train a little away from the platform, as two trains had arrived at the station from the same direction, resulted in the chaos. The passengers of the Madagaon train who were nearly 80 in number included 48 local residents who had returned from a trip to Murdeshwar. As the group had many elderly people and most found it difficult to cross the tracks during night time to reach the platform, a few among them had reportedly hurled stones towards the station.

It is said one of the stone hit the cement roofing in the station and a piece of the roofing which broke had fallen on a nine year old girl who was sitting in the station. The injured girl is Bhoomika from Bappanadu.