It is a month of flowers present in every corner, a week to recall and Glorify during the feast of Blessed Virgin Mary, as Mangaloreans celebrate it as ‘Monti Fest’. To mark this festivity, Blue Angels Choir, Mangalore in collaboration with Dolwin Kolalagiri brings to you a nostalgic touch by releasing its new project on Sunday 04th September, 2022 the Unplugged version of a popular Konkani hymn "No'man Tuka Monti Maye" which will be released on their YouTube Channel.

The music has been produced and rearranged by Dolwin Kolalagiri. The vocal arrangements have been done by Denzil Pereira, the Co-ordinator of Blue Angels Choir. Sonal Agnes Monteiro, 'Rani Kogull' of SOAD 5 Konkani reality show has rendered her vocals for this project. Blue Angels Choir, Mangalore becomes the first Choir to introduce Opera in town, Sonali Noronha has sung the Opera; The project has been mixed and mastered by Srikanth Srinivas Chennai at Daijiworld Audio Visual Pvt. Ltd.

Vocals were recorded by Stephen Frank at Carmel Audio Studio, Carmel Hill, Mangalore and by Srikanth Srinivas Chennai at Daijiworld Audio Visual Pvt. Ltd. The video has been shot by Rahul Pinto. While Rev. Fr Stephen Lobo, Director, Carmel Kiran Media has done the color grading whereas the video has been edited by Cliyon Dsouza. The video has been shot at Victoria Bagh, Derebail. Posters and thumbnail have been designed by Ashish Joseph Carvalho at Gratia Graphic Design.

Do watch the teaser of 'No'man Tuka Monti Maye Unplugged' below and stay tuned as Blue Angels Choir, Mangaluru for the premier on Sunday, 4th September on their YouTube Channel at 11AM (IST)

Rev. Fr Michael Santhumayor is the mentor and Denzil Pereira is the co-ordinator of this group. This group sings in 4 voices, (i.e, Soprano, Tenor, Alto & Bass) which makes this group a Unique and One of its kind. BAC has sung for more than 200 choirs, have given TV and radio programmes. They have done more than 20 musical experiments till date and it’s the first group to come up with Konkani Medley. Till now they have released 10 covers on YouTube. 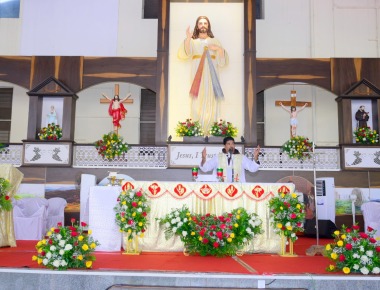 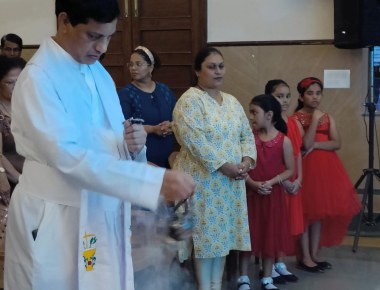 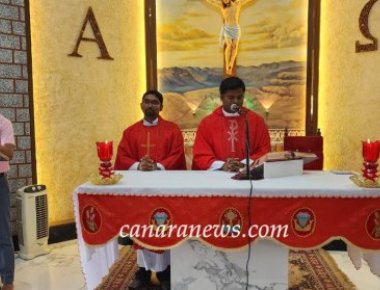