Mangaluru: The Republic Day programme at Mount Carmel Central School here commenced at 8:25 am with Sheza of class VII A and Delton Tauro of class VII B compering the programme. Mahabala Marla, former mayor of Mangaluru City Corporation and corporator of Kadri B Padavu ward was the chief guest of the day. The ceremony began with the flag hoisting by the chief guest and then a majestic march past by classes IV to X. 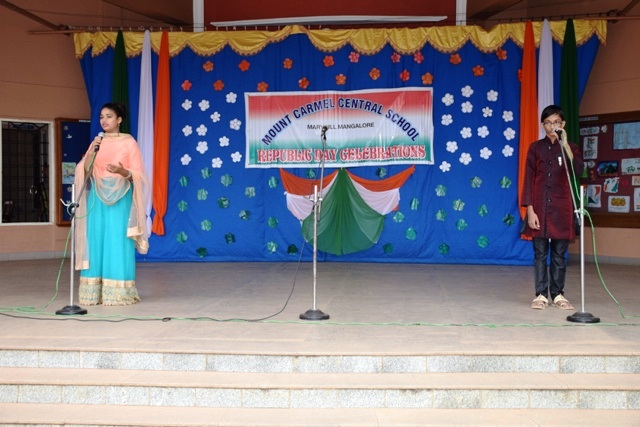 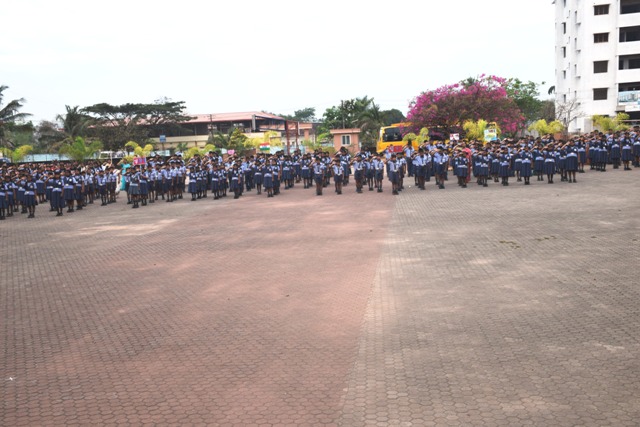 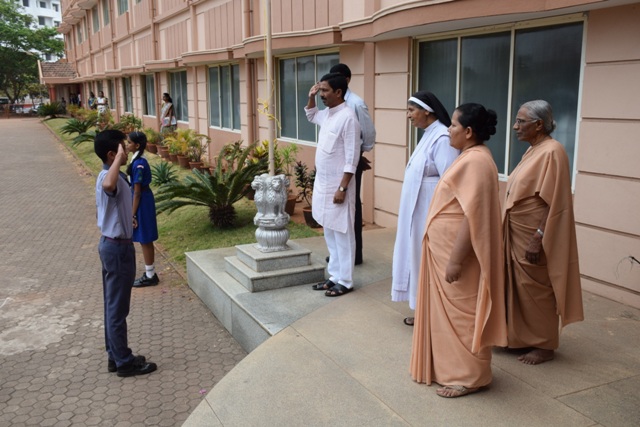 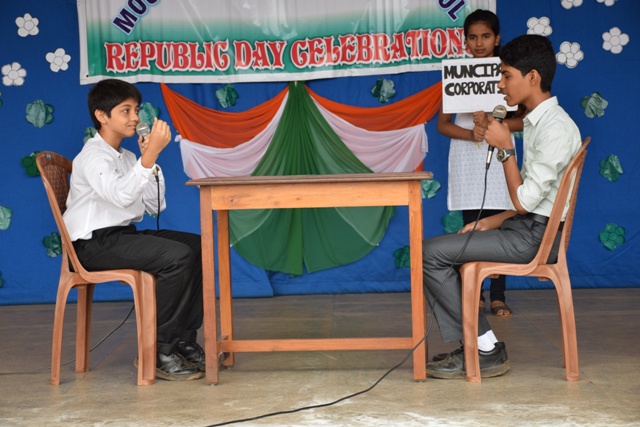 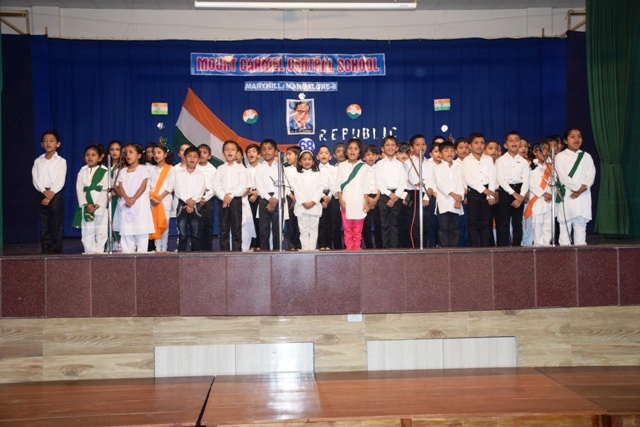 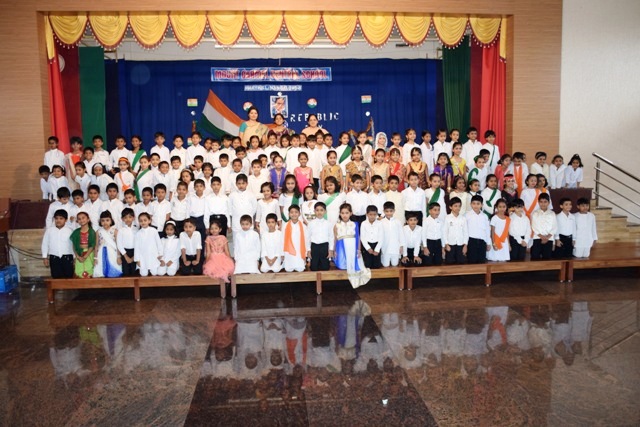 The cultural programme began with a prayer service followed by the significance of the day given by Aishwarya A S from class VIIB. The students to add vigor and brightness to the day performed three patriotic dances. Not to forget the injustice in the society and country the students performed a skit based on corruption.

At the end of the programme the talents of our brimming students were acknowledged by awarding them medals and certificates in the prize distribution ceremony for the various competitions conducted during the 2nd term.

The chief guest in his talk appreciated the talents of the students and appealed to them to build a clean Mangaluru, free from corruption and respecting each other as human beings. Mohammed Ziyan of class VIIB proposed the vote of thanks.

On the previous day, the students of classes I – III had their celebration hosted by class I A, B and C exhibiting the patriotism through various performances with all its solemnity and grandeur.

The celebration began with a prayer service. They staged a play on Fundamental Rights, giving a quote as said by our honorable Prime Minister Narendra Modi "Religion and Faith are very personal matters; as far as the government is concerned, there is only one holy book, which is the Constitution of India."

The graceful dances to various patriotic songs were spell-binding. The chief guest Ramya Prabhu in her address to the students highlighted the significance of the day by being responsible citizens of the country, by performing their duties right from home as one's thoughts, actions and character help in building one's future. The programme concluded by felicitating the prize winners of various competitions of the 2nd term.