Mangalore: UFS Heritage and Museum of Ursuline Franciscan Congregation, Mangalore, was blessed by Most Rev. Dr. Peter Paul Saldanha, the Bishop of Mangalore and inaugurated by V. Rev. Sr. SusheelaSequiera, the Superior General of the Congregation on December 29, 2019. It was a celebration of Triple events wherein the Congregation also remembered the 110th death anniversary of Mother Nympha Fernandes, its first Superior and celebrated the Silver Jubilee of obtaining the ‘Decree of Pontifical right’ in 1995.

St. Ursula’s Convent, Bolar, Mangalore, the first Foundation House built by the first Superior Mother Nympha Fernandes in 1901 is carefully created as a museum under the workmanship of Fr. Royichen JosephSAC, PaloltinePriestinto a treasure house of history and memorial, wherein the Sisters could get in touch with the roots of their beloved Congregation.

Ursuline Franciscan Congregation was founded on April 10, 1887 by Rev. Fr. Urban Stein S.J. a German Jesuit and the first parish Priest of Rosario Cathedral, Mangalore. When the Founder died in 1888 Mother Nympha Fernandes took the reins of the Congregation and with other 11 companions worked hard for its growth.

Mother Nympha Fernandes, the daughter of Mr. John Francis Fernandes, first Indian Deputy Collector of South Kanara and the sister of Mr. Joseph C. Fernandes, the District judge of Madras state comprising Chennai, Andra Pradesh and South Kanara, had leadership in her DNA. She is called the “Angel of Bunder’. She visited the poor houses in Mangalore old Port and encouraged parents to educate their children. In 1905 she opened a Kannada vernacular half day school for such children. Her pastoral, educational, social development and health care ministry is lived by her 913 daughters all over the world. At present Ursuline Franciscan Sisters work in 147 convents having 5 Provinces in India, 2 Regions in Europe (Italy & Germany) and Africa (Tanzania & Kenya) and South Dakota of U.S.A.

Ursuline Franciscan Sisters launch deeper into the lives of the people ‘solely for the love of God’ in simplicity of life, and proclaim the message of the fullness of life of God’s Kingdom with the Spirituality of Relationship of St. Angela Merici, Spirituality of Kenosis of St Francis of Assisi and Spirituality of Discernment of the founder Fr Urban Stein S.J.

The cultural programme ‘Light of the Shore’ a multimedia presentation on the life of Mother Nympha Fernandez directed by Mr. VinodGangolli was staged. 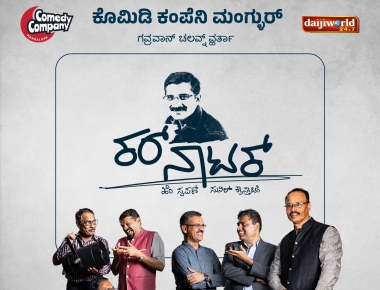 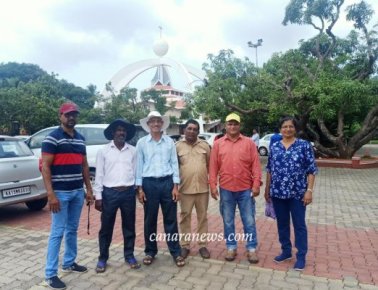 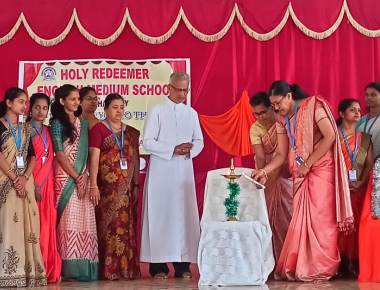