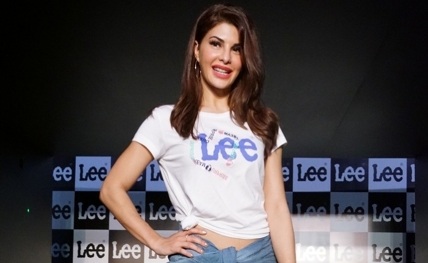 "Heading into the fourth edition of the tournament, Jacqueline will help the club in embracing and engaging with fans across the country," the Delhi outfit said in a statement.

Delhi Dynamos Director Rohan Sharma expressed his delight on becoming the first Indian club to get a female member on board and said: "With Jacqueline coming on board, Delhi Dynamos will become the first Indian Football Club to have a female brand ambassador. This goes in line with the club's vision to be not only a club of India, but a club with international ambitions."

"I am really excited and looking forward to interacting with the fans in Delhi. Delhi Dynamos is a team that has been consistent in their performances over the years and hopefully this time we can win the ISL together. The club and I share the same view, to help promote the sport and engage more female audience into watching and playing the game, and hopefully together we can bring a change," Jacqueline Fernandez said.

The ISL season 4 will kick-off on November 17. Delhi Dynamos will play their first fixture in the tournament on November 22.