Wish you would rise above this muck: Sona Mohapatra to Kangana

Mumbai, (PTI) In an open letter to Kangana Ranaut, singer Sona Mohapatra said she hopes the actor would take a higher moral ground and not make a mockery of her personal life anymore. 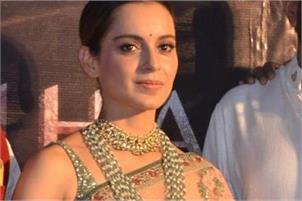 The 41-year-old musician's comments come after the "Queen" star's recent appearance on TV talk show "Aap Ki Adalat", where she said that actor Hrithik Roshan should apologise to her publicly for causing her trauma after their alleged relationship ended.

In the letter posted on Facebook, Sona wrote she has always supported Kangana "in private and in public" even before she turned a superstar.

She, however, added, "... But your current run across the airwaves regurgitating personal details of your love life over and over again, washing dirty linen in public and more so as part of a professional PR campaign before your film release is in bad taste."

Kangana will be next seen in Hansal Mehta-directed "Simran", which releases on September 15.

The singer also called out the actor as her current actions are doing "a big disservice" to feminism and fair play.

"Wish you would rise above this muck and make your point through actions and your work. Your success doesn't need this tabloid trail. Your well-thought out and superbly worded open letters of the past, fearless interviews addressing larger issues, taking a stand, taking legal recourse are welcome. The current 'circus', not," she continued.

Sona also said she believed there are many feminists who belong to the opposite gender and asked Kangana to recognise their contribution as well.