New York, Dec 27 (IANS) Premature birth, a leading cause of death of newborns worldwide, could be prevented by blocking a molecule in the uterus, suggests a new research. 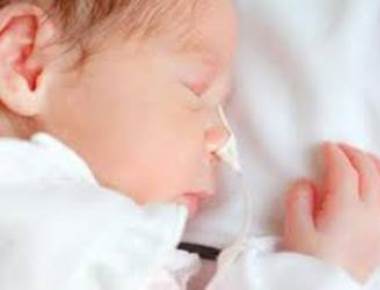 Premature birth can lead to major developmental problems because many organs, including the brain, lungs, and liver, need the final weeks of pregnancy to fully develop.

"There is a huge burden -- financial, emotional, psychological, developmental -- that premature infants and families must bear," study co-author David Cornfield from the Stanford University in California was quoted as saying by Live Science.

When a woman goes into labour, the uterus experiences powerful contractions to push out the baby.

But what makes the womb begin the labour process is poorly understood and as such, there is currently no effective treatment for premature labour.

Previous research suggested that calcium levels of muscle cells within the walls of the uterus help control womb contractions.

So researchers in this study focused on a molecule found in the mouse uterus known as TRPV4, which helps control the flow of calcium into cells.

The researchers demonstrated that blocking TRPV4 successfully prolonged pregnancy in two mouse models of premature labour, suggesting that it may be a viable target for interventions to treat premature labour in human patients.

"These data suggest that TRPV4 channel activity modulates uterine contractility and might represent a therapeutic target to address preterm labour," the study said.