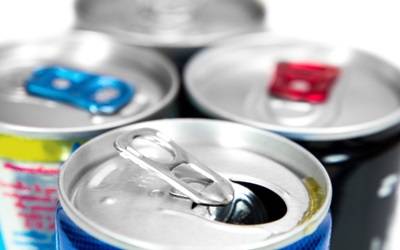 The study published in the Canadian Journal of Cardiology focused on how the marketing of these drinks as a means to relieve fatigue and improve physical and cognitive performance may be ignoring dangers.

"As energy drinks consumption continues to grow, physicians are advised to ask adolescent patients whether they consume energy drinks, to be aware of the symptoms of energy drink overconsumption, and to discuss the dangers of energy drinks alone and mixed with alcohol," explained lead researcher Fabian Sanchis-Gomar from Research Institute of Hospital 12 de Octubre, Spain.

For people with underlying heart diseases, the risk of triggering sudden arrhythmic death syndrome (SADS) or other arrhythmias can be significant, researchers noted.

Even atrial fibrillation (AF), normally uncommon in children without structural heart disease, has been observed in a 13-year-old adolescent boy during a soccer training session after ingesting Eds, the study pointed out.

The researchers, however, added that one can take (250 ml) of an energy drink per day which is safe for most of the healthy adolescents.

But energy drink consumption before or during sports practice should be avoided and adolescents with clinically relevant underlying medical conditions should consult cardiologists before drinking energy drinks.

These beverages often contain high amounts of labelled caffeine. However, they can contain "masked" caffeine, in the form of guarana, for example, which comes from a Brazilian plant and is identical to caffeine found in coffee beans, but at twice the concentration.

The addition of guarana and other substances such as ginseng and taurine in variable quantities may generate uncertain interactions, the researchers added.

Although caffeine is widely used and generally regarded as safe, serious adverse effects have been reported, especially when consumed in larger doses.