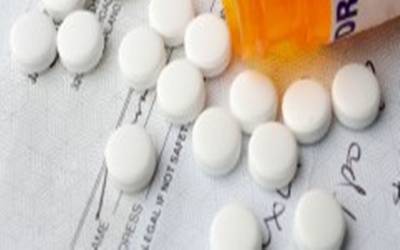 The experimental drug from the US-based Eli Lilly and Company mimics the hunger-signalling hormone ghrelin.

"The present results suggest that ghrelin might improve cognition in Alzheimer's disease via a central nervous system mechanism involving insulin signalling," authors of the study published in the journal Scientific Reports wrote.

"With chronic diseases like diabetes and Alzheimer's, you need to do a long-term study," said examiner Inga Kadish, assistant professor at University of Alabama School of Medicine at Birmingham.

"So we did an experiment with the worst-case scenario, a high-GI diet. Alzheimer's disease has 10 or 20 risk factors and some of the strongest risk factors are diabetes or metabolic syndrome."

In the study, the Alzheimer's disease-model mice showed a deterioration in spatial learning as they turned older -- in other words, they got lost when trying to swim to a platform hidden just beneath the water surface that they previously were trained to find in a four-foot-wide pool.

Alzheimer's patients show significant shrinkage of the hippocampus, a part of the brain cortex that has a key role in forming new memories.