Washington, Sep 19 (IANS) An analysis of the genetic makeup of the Inuit people, who live in an extreme climate in the Arctic, has found how this population has adapted to a diet high in fat from fish and marine mammals such as seals and whales. 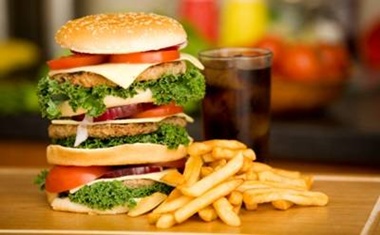 The study, published in the Friday issue of the journal Science, revealed that they have special mutations in the genes involved in fat metabolism that help them partly counteract the effects of a diet that otherwise could lead to cardiovascular disease for the rest of us.

Those genetic mutations in the Inuits, once known as Eskimos, work by lowering "bad" LDL cholesterol and fasting insulin levels, which presumably protect against cardiovascular disease and diabetes. They also have a significant effect on height, because growth is in part regulated by a person's fatty acid profile, Xinhua reported.

"The mutations we found in the Inuit have profound physiological effects, changing the whole profile of fatty acids in the body, plus it reduces their height by two centimetres," said Ida Moltke, a University of Copenhagen associate professor of bioinformatics, who is joint first author on the study.

"Height is controlled by many genes, but this mutation has one of the strongest effects on height ever found by geneticists," Moltke said.

Further analysis revealed that the mutations may have arisen about 20,000 years ago, when the Inuit ancestors lived in or around Bering Strait, the land "bridge" that Native American ancestors used to cross from Asia to North America.

The study also cast doubts on the benefits of omega-3 fatty acids and fish oil, which have previously been linked to the low incidence of cardiovascular disease in the Inuits.

"We've now found that they have unique genetic adaptations to this diet, so you cannot extrapolate from them to other populations," Moltke said.

"It could be very good for the Inuit to eat all these omega-3 fatty acids, but not for the rest of us."