Fast food may expose you to harmful chemicals

New York, (IANS) Love to binge on burgers, pizzas and French fries? Beware, as consuming fast food can expose you to higher levels of potentially harmful chemicals known as phthalates, which are used in food packaging, warns a new study. 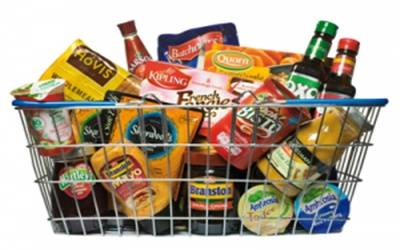 Phthalates belong to a class of industrial chemicals used to make food packaging materials, tubing for dairy products, and other items used in the production of fast food.

The findings showed that people who ate the most fast food had phthalate levels in their urine that was 24 percent to 40 percent higher than those who rarely ate junk food.

"Our findings raise concerns because phthalates have been linked to a number of serious health problems in children and adults," said lead author Ami Zota, assistant professor at George Washington University in US.

The study, published in the journal Environmental Health Perspectives, analysed the effect of two phthalates di(2-ethylexyl) phthalate (DEHP) and diisononyl phthalate (DiNP) in use despite concerns that they leach out of products and get into the human body.

Exposure to these chemicals can damage the reproductive system and may even lead to infertility, the authors warned.

They also discovered that grain and meat items were the most significant contributors to phthalate exposure.

The team looked at data on 8,877 participants who had answered detailed questions about their diet in the past 24 hours, including consumption of fast food.

They also took urinary samples that could be tested for the breakdown products of two specific phthalates -- DEHP and DiNP.

In addition, the researchers also looked for exposure to another chemical found in plastic food packaging -- Bisphenol A or BPA.

Exposure to BPA can lead to health and behaviour problems, especially for young children, but the study found no association between total fast food intake and BPA.

However, the result so revealed that people who ate fast food meat products had higher levels of BPA than people who reported no fast food consumptio