New Delhi, (IANS) Famous for providing affordable heart care to thousands, eminent cardiac surgeon Devi Prasad Shetty feels India can become the first country in the world to prove that healthcare can be de-linked from affluence. 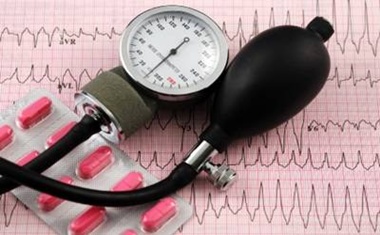 "Healthcare is not very important for our politicians as we are a young country. It is still not an issue which can get votes," Karnataka-based Shetty told IANS in an interview here.

"For providing cheap and good quality healthcare to the people we do not need any additional funding from the government, but just good policies," the Padma Bhushan recipient said.

"We can show the world that good healthcare is not linked to affluence," he said.

Shetty said: "For the last some years we have been hounding the government with a special scheme for cheap healthcare which entails taking a nominal amount from every person who uses a mobile phone in the country and setting up a health insurance scheme".

He said if the 900 million mobile phone users in the country pay Rs.20 per month, "we can have a good health insurance scheme which can take care of any major surgery or illness a particular person might face," Shetty said.

"But there has been no response from the government yet," he added.

Shetty is the chairman and Founder of Narayana Health in Bangalore (earlier Narayana Hrudayalaya) who received the Padma Bhushan for his affordable healthcare work in 1992. The man who was called the 'Henry Ford of heart Surgery' by New York-based The Wall Street Journal, has received a dozen other prestigious awards. He has performed over 15,000 heart surgeries.

"Today virtually every person in Karnataka has some kind of a health card and can be treated for most of the major ailments," he said.

The cardiac surgeon feels that affordable healthcare was important for a country like India where heart diseases had emerged in "epidemic proportions".

"Indians as a whole are genetically predisposed towards heart disease," he said adding that "our diet which comprises fried food makes us very vulnerable to heart disease."

Additionally, the Indian food chart had a component of carbohydrates, sugar and oil, which was the reason for the high incidence of diabetes in India, he said.

"Almost 50 percent of people we operate upon for heart disease are diabetics," he said, adding: "It is not in the Indian culture to exercise".

Shetty also blamed rising affluence in certain sections of Indian society for the scourge. "Rising affluence has given rise to many bad habits like smoking, which has increased massively, specially among women," he said.

Explaining his concern, Shetty said women had a natural shield against diseases till they are 45 years of age. "After that nature drops them like a hot potato," he said.

"So if a woman develops heart disease after this age, then it is worse than men," he added.

Born in Karnataka, Shetty, the eighth of nine children, decided to become a heart surgeon when he was in fifth grade at school after hearing about the world's first heart transplant performed by South African surgeon Christiaan Barnard.

After completing his graduate degree in medicine and post-graduate work in general surgery from Kasturba Medical College, Mangalore, he trained in cardiac surgery at Guy's Hospital in the United Kingdom.

He returned to India in 1989 and initially worked at B.M. Birla Hospital in Kolkata. He performed the first neonatal heart surgery in the country on a 9-day-old baby named "Ronnie" in 1992. He was also Mother Teresa's personal physician.

In 2001, Shetty founded Narayana Hrudayalaya, a multi-specialty hospital in Bommasandra on the outskirts of Bangalore, because he could not find any employers who understood his vision.

His organisation has performed numerous heart surgeries at a relatively low cost on Indians as well as foreigners.