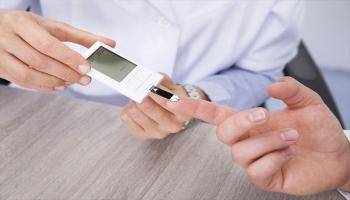 "The main reasons for the rise in the number of diabetic patients are lifestyle changes like lack of exercise and poor dietary habits," Wangnoo told IANS.

Creating awareness will be the key factor in treating and preventing diabetes, he said.

He also pointed out that "India does not have enough trained doctors to deal with the disease".

Meanwhile, 1,500 people, including doctors, participated in a marathon held for diabetes awareness on Sunday.

The campaign, organised in partnership with Hope and Helping Hands Society and Noida Running Group, was held on Sunday between 6 a.m. and 11 a.m. at Jawaharlal Nehru Stadium here.

It included walk for diabetes awareness and Half Marathon, 11 km and 6 km.

Sharing the experience, Dr. Rekha Khandelwal said: "Being a diabetes patient, I realise the importance of early detection and management. Regular exercise keeps me going and my diabetes under control. This run was a great event to raise awareness about diabetes."

"A pathologist's job is to diagnose patients suffering from the disease. Rarely do we get a chance to spread awareness. This event helped me reach out to people and educate them about diabetes," Dr. Ila Jain, who too participated, commented.