London, (IANS) People who like drinking coffee can safely continue to have it, at least in moderation, without the risk of developing atrial fibrillation -- a heart condition that causes an irregular and often abnormally fast heart rate, suggests new research. 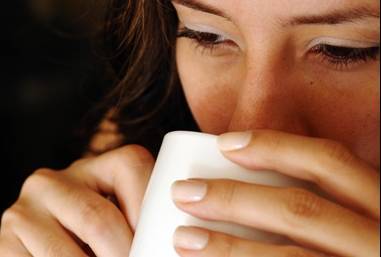 The research includes analysis of four other studies, making it the largest study of its kind, involving nearly 250,000 individuals over the course of 12 years.

"This is the largest prospective study to date on the association between coffee consumption and risk of atrial fibrillation," said lead author Susanna Larsson from Karolinska Institutet, Sweden.

"We find no evidence that high consumption of coffee increases the risk of atrial fibrillation," Larsson noted.

Atrial fibrillation (AF), is the most frequent form of irregular heartbeat, causing a substantially increased risk of stroke, heart failure and all-cause mortality.

It has previously been speculated that high coffee consumption may increase the risk of developing atrial fibrillation (AF).

There were 4,311 and 2,730 incident AF cases in men and women, respectively, in the two cohorts. The median daily coffee consumption was three cups among both men and women.

This lack of association was confirmed in a follow-up meta-analysis that included the present two cohorts and four other prospective studies, giving a total of 10,406 cases of AF diagnosed among 248,910 individuals.

The research was published in the open access journal BMC Medicine.