London, April 19 (IANS) Although most people know that smoking is a risk factor for developing several cancers, many still wrongly believe that smoking less is safe, says a new study. 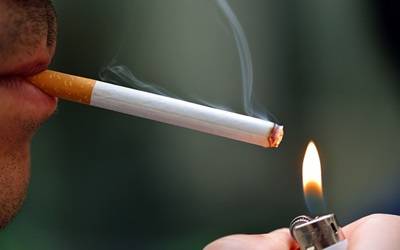 The researchers found that more than a third of the people they studied believe that smoking up to 10 cigarettes is not associated with any risk of lung cancer.

The results demonstrate powerfully that the war against smoking is far from over, said one of the researchers, Laurent Greillier from Hopital Nord in Marseille, France.

The researchers analysed data from a representative survey of 1,602 French people aged between 40 and 75 years.

Among the whole sample population, 34 percent wrongly considered that a daily consumption of up to 10 cigarettes was not associated with any risk of lung cancer.

"This finding is particularly impressive and threatening. It shows that relatively low cigarette consumption is considered as 'safe' for a lot of people. In our study, only half of subjects answered that there is no 'safe' cigarette," Greillier noted.

"It seems that people are aware about the dangers of tobacco for health, but might consider that the risks are not for themselves, but only for other people," Greillier said.