The two day event for the first time ever is being hosted outside India giving it a real meaningful name. All these years the same Conventions were arranged by the organisers in Mangalore and outskirts but were all the time within the territory of Tulunadu. This time a thought arose as to ‘why not we hold this outside India’.

A meeting was held in Dubai by likeminded Tuluvas viz., Sarvotham Shetty, Shodhan Prasad & Ganesh Rai who later arranged a meeting with the various Tuluva Community leaders of UAE and requested support in hosting this mega event in Dubai.

Sarvotham Shetty as the President of UAE Tuluvas became the Chief Convenor of ‘Vishwa Tulu Sammelana 2018 Dubai. Shodhan Prasad as the Event Manager drafted and crafted the whole Event. Ganesh Rai took charge of the Souvenir with his expertise and as one of the fund raising source. Thus the programme got a good start to move ahead.

It was decided that the whole Event will be conducted through a professional licensed Event Management Company and ‘Rhythm Events’ came into this venture with their License. The event will be under DTCM permission and the proposal has been sent along with the clearance from venue Al Nasr Leisureland’s NOC to the Event Management to proceed with. 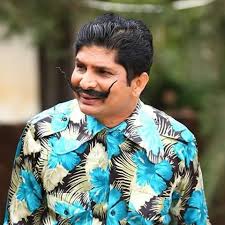 Shodhan Prasad presented the master plan and as per that it is a ‘Sarva Dharma Convention’ mainly highlighting Tulu Language, Culture & Folk amongst the Tulu Speaking ‘Sarva Dharma’ Communities of Tulu Nadu. With the vision to save Tulu language, Culture & Folk the core mission is to show case the importance of including the Tulu language in the Eighth Schedule of the Indian Constitution. Currently as per Article 344(1) and 351 of the Indian Constitution, the eighth schedule includes the recognition of around 22 languages. There are demands for inclusion of 42 more languages and Tulu stands in the bottom 42nd.

Sarvotham Shetty as Chief Coordinator held various meetings with Akhila Bharata Tulu Okkoota & Karnataka Tulu Sahitya Academy Presidents to get moral and monetary support from the Government of Karnataka. Since it is a joint venture of the three organizers the hosts being in Dubai will do all preparations to present the event whereas the later will put every effort in getting Government of Karnataka’s grants as monetary support for the event. An initial nod from the Chief Minister has been received and await sanctions.

Accordingly the following sub-committees were formed to present a two day mega event.

The whole programme will comprise of the following Cultural & Social awareness programmes:

A pure GCC Level Folk Dance Competitions will be held during the event. So far 6 Teams comprising of Oman, Bahrain, Al Ain, Abu Dhabi, Dubai’s various teams have confirmed their participations. Each team has more than 10 members and some of the team has around 28 participants of various age levels fully prepared. A total of 118 dancers will be competing in these 6 groups registered.

As a part of the maiden ‘Vishwa Tulu Sammelana 2018 Dubai’ remembrance a 200 plus pages beautifully crafted Souvenir designed by well-known artiste Ganesh Rai will be released during the event. This all in one hand book of Tuluvas will have beautiful messages from leaders, poems, stories, write-ups, wishes, greetings including personal and commercial advertisements from Tuluva Community people around the world. Around 2000 copies will be distributed free to all the families during the event.

A dance ballet by Artistes from Chakrapani Nritya Kala Kendra Mangalore headed by Master Suresh Attavar comprising of more than 35 artistes from both India and Dubai will showcase different festivals of various religious sects.

Satish Shetty Patla and his 9 member Team will be arriving from Mangalore to present the very famous Yakshagana Natya Gana Vaibhava, a spectacular dance drama.

Around 18 member ‘Phili’ Tiger dancers both from local and India will be presenting a dance form of Tiger Dance one of the old folk dance of Tulu Nadu with painted body and well synchronized dance trained by Girish Narayan of Dubai.

An 7 piece band of local talented Musicians ‘Versatiles’ headed by Play back Singer Pramod Kumar will be presenting the first ever ‘Tulu Rasamanjari’ with various local trained singers. They will be presenting one hour sessions on both days of the Event with melodious and fast numbers. Actor Singer of Sandalwood, Guru Kiran will be the added attraction in this event who will present some of the famous Tulu songs to dance with.

Visiting artistes from Dr. Rajesh Alva Team of Badiadka Mangalore will be presenting Tulu Folk Dance with their strong 50 member troupe who are arriving from Mangalore specially for this event.

A famous Tulu Nritya Roopaka by Sanathana Natyalaya Mangalore headed by Chandrashekar Shetty and Troupe comprising of around 26 artistes will be presenting this rare folk dance.

A grand Tulu Nritya Roopaka by Natya Nikethana, Mangalore headed by Ullal Mohan Kumar will be presenting this with 6 artistes from Mangalore and 16 local talented dancers.

Nagesh Kulal and his Team from Mangalore will be presenting a different form of dance titled ‘Tulu Nada Gobbulu’.

Prashamsa Team comprising of Sandeep Shetty Manibettu, Prasanna & Merwin along with Sharath Kumar. Umesh Mijar Team along with his 6 accomplish will be flying from Mangalore to present some rib tickling super humorous stand-up comedy during the both days with various slots. Gammath Kalavider the local talented Team will also add spice with their comedy skits in between.

Masters of the Ceremony

Some of the rare artefacts of Tulu Nadu will be the main attraction of this Tulu Nada Exhibition headed by Artiste Zuber Khan Kudla. He has a talented bunch of Artistes who are working hard from many days putting their fullest efforts to decorate and make this area inside Nashwan Hall and the ‘Dwara’ (main entrance) a real treat for the eyes. This will have items of Tulu culture, games and sports including video presentations.

Mouthwatering Tulu Nada delicacies such as Moode, Kottige, Manjalda Iretha Adya, Buns, Goli Baje, Arep Adya are some of the food to name. However there will be many more displays and savories from Devesh Alva and his Team who are well prepared to serve fresh and tasty preparations for more than 4000 visitors from all over the world throughout the day.

More than 600 well prepared volunteers comprising of women & men have geared up to receive Tuluva Guests from all over the world in a traditional way. A ‘Purna Kambha Kalasha’ with live drum beats & trumphets with traditional attire welcome will be provided for the Guests from the entrance to the venue in a formal way.

More than 2000 ‘Muttale’ (traditional head gear) will be flown from Mangalore for this event to be distributed during the raffle. When it is worn by the audience it will display the simplicity of our Tuluvas in this rich land.

To attract and encourage more Tuluvas to attend the Vishwa Tulu Sammelana Dubai, officially Shodhan Prasad & Sabitha Shetty under the umbrella of ‘Wanderlust Tourism’ have offered Dubai Tours with economically budgeted price to Tuluvas from all over the world. The 5 days package has now attracted big number of tourists from India and abroad who will be participating in the 2 days Sammelana along with the special Tour.

It is learnt that there are many Tuluvas from Mumbai, Bangalore, Mangalore, Delhi and other places who have formed various Groups and are coming on their own expenses voluntarily to witness this event.

Live streaming of the Event

Namma Kudla TV Team of 4 cameramen will arrive from Mangalore to arrange live streaming of the entire event in Namma Kudla TV Channel. People who will not be able to come will have an opportunity to watch it back in Dakshina Kannada, Udupi & Kasargod Districts plus live on internet.

With the joint preparations going on in full swing for quite some time; the organizers having more than 335 participants, 300 plus Committee Members, 600 volunteers and 24 plus well-known Guest Speakers hope that the world will witness an historic amazing unique programme in Dubai for the Tuluvas to remember forever.