Kuwait, Sep 11: Kuwait Pangla Association (KPA), one of the oldest Mangalorean associations in Kuwait established in the year 1993 completes its 25 glorious years this year. To celebrate this milestone KPA has planned a Mega Event on 23rd November 2018 this was announced at the media release on 07 Sep 2018 at Harmony Hall, Salmiya, Kuwait. KPA announced that the Rupyothsav will be celebrated on 23 November 2018 on this occasion they will host a mega musical event titled “MUSICAL FIESTA”, a Musical Symphony by O..La..Re.. from Mangalore at Sabha Al Salem Theater, Kuwait University, Khaldiya at 4PM onwards. 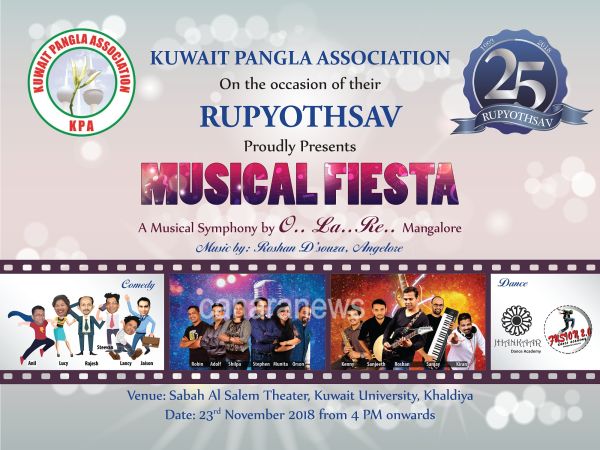 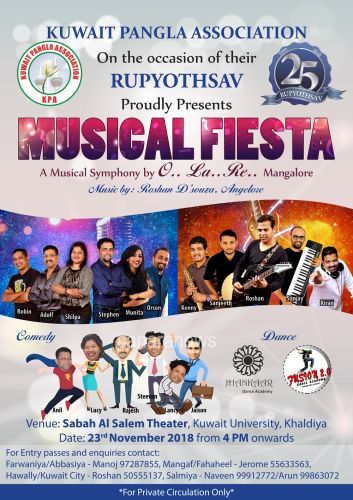 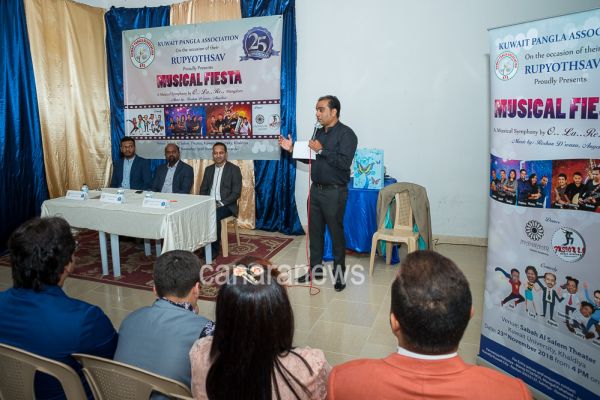 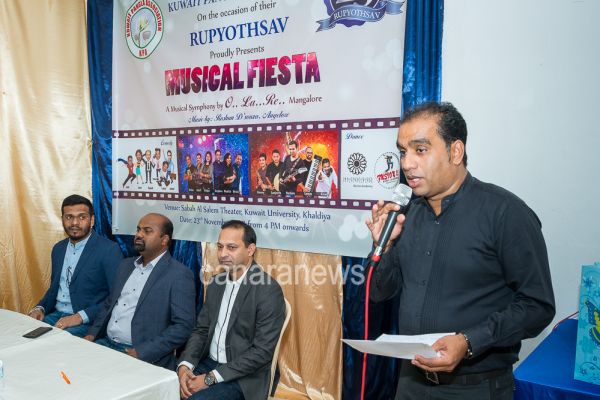 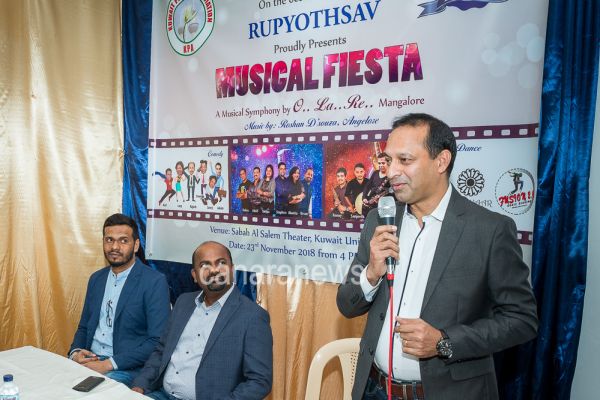 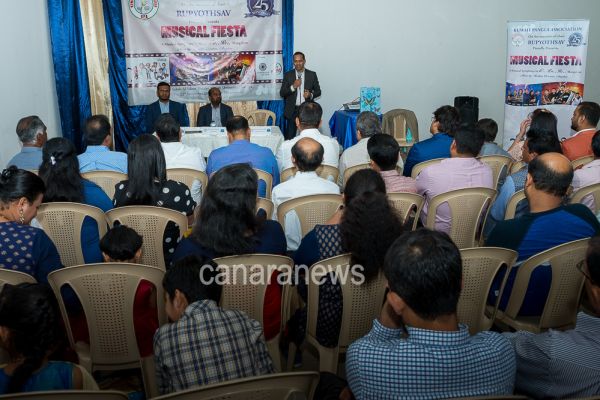 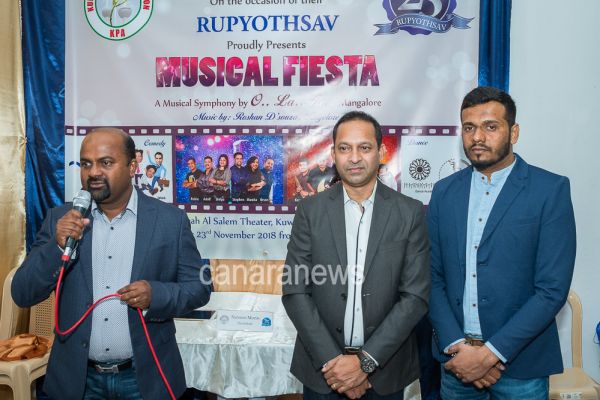 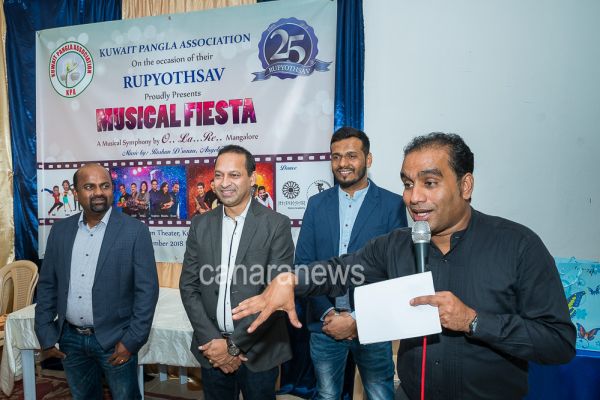 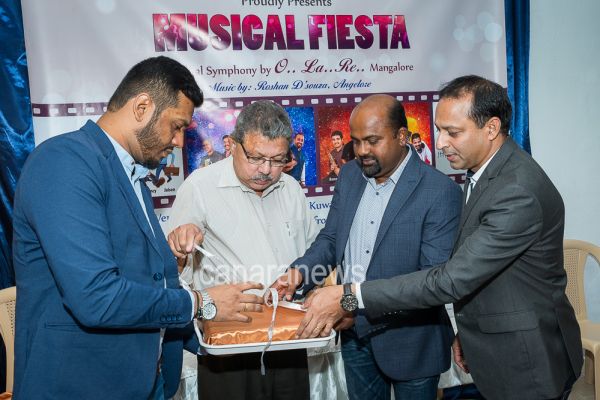 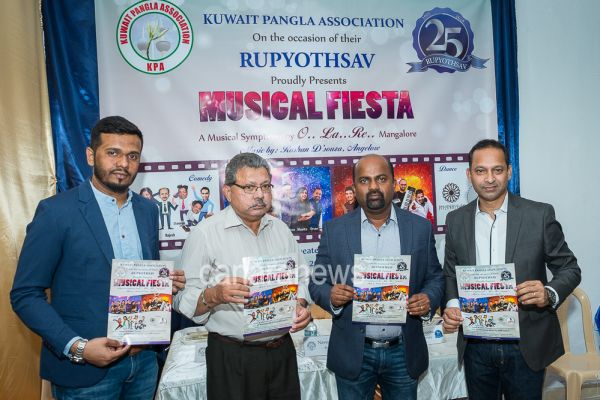 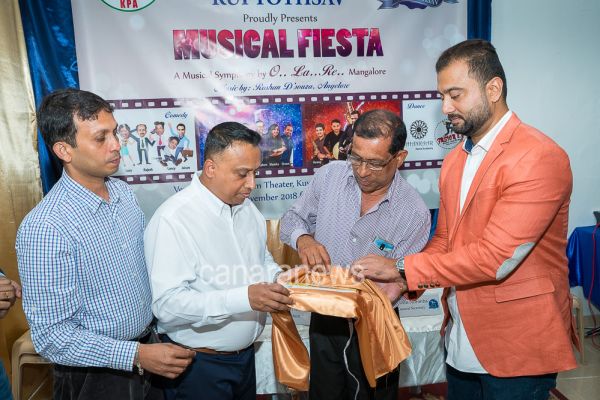 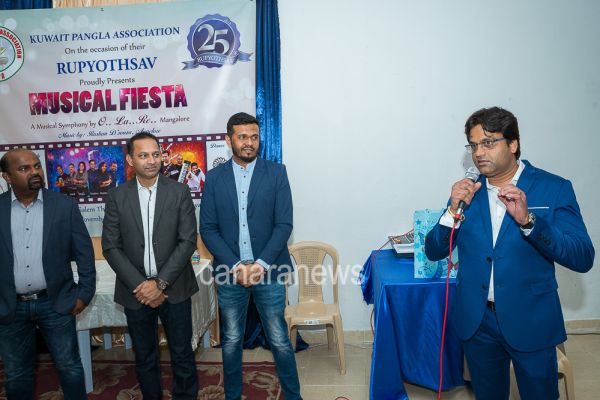 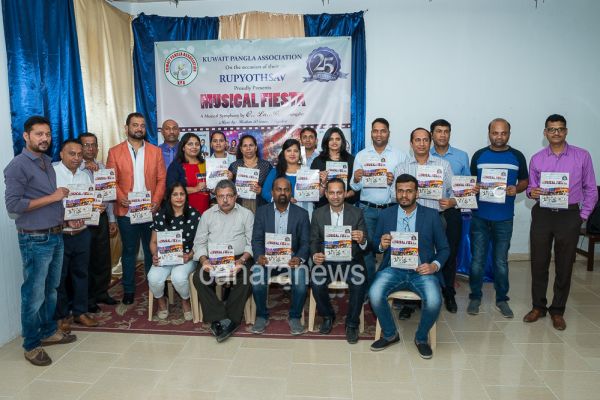 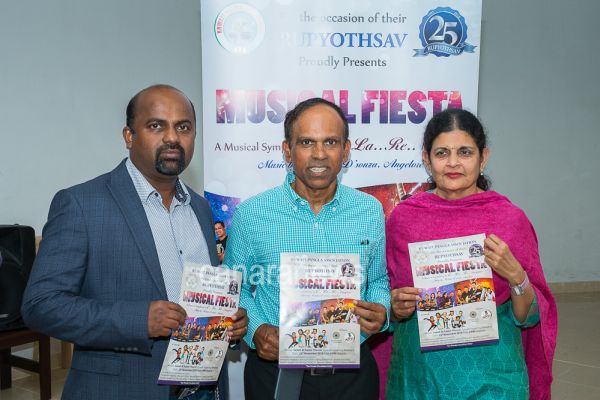 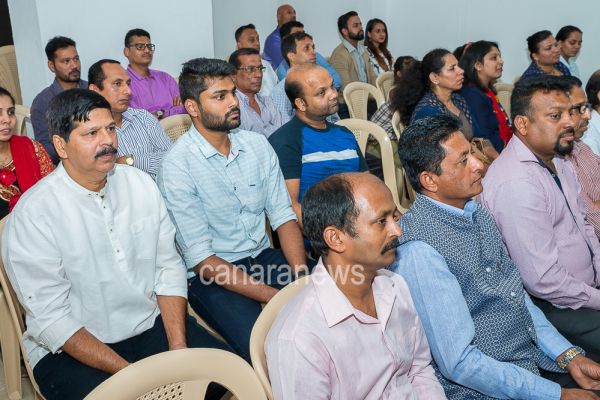 Media persons, Mangalorean community leaders and members of KPA attended the Media release. The Media briefing started with welcome and prayer by Jaison Lasrado (Compere), he introduced the panel for the evening Naveen Monis (KPA President), Maxim Noronha (KPA Secretary) and Wilson Cornelio (KPA Cultural Secretary) and invited them to come to the dais and address the media, guests & members. Wilson Cornelio welcomed everyone on behalf KPA, Maxim Noronha spoke about Pangla, the land of Jasmine flowers and KPA’s journey from 28 Aug 1993, the day it was born, its objectives and how they made it this far.

Jaison Lasrado spoke in length officially introducing KPA’s “Rupyothsav” with “Musical Fiesta”, A Musical Symphony by O..La..Re.. Mangalore. He introduced O..La..Re.. founders Stephen Cutinha & Shilpa Cutinha, Music Director & Composer Roshan D’souza, Angelore and their achievements, he mentioned “Musical Fiesta” will be first of its kind show which will feature multi lingual songs across various genres. Apart from Stephen and Shilpa Cutinha “Musical Fiesta” will feature versatile singers like Adolf Jayathilak, Robin Sequeira, Munita Veigas from Mangalore and Kuwait’s own Orson D’souza. Roshan’s musicians’ ensemble will include Sanjay Rodrigues, Sanjeeth Rodrigues, Kenny Pereira from Mangalore and Kiran Sunny from Kuwait. He then introduced comedy group which will feature notable writer, actor and director Lancy Rodrigues & his team. He also said that two of Kuwait’s popular dance groups Jhankaar Academy and Fusion 2.0 will be performing at the event. Rev. Fr. Ferdinand Gonsalves Parish Priest of Pangla Parish will grace the occasion with his presence as Chief Guest.

The event flyer were unveiled by founder member and two times ex-President Fredrick Quadras and the passes of the Mega Event were unveiled by ex-presidents Jerald Quadras, Roshan Quadras, advisory committee members Albert Quadras and Vivian Rodrigues. The flyers were distributed to all present.

On this occasion KPA will be releasing a Souvenir Magazine, Wilson Cornelio briefed the gathering about the magazine and sponsorship tariff. Naveen Monis expressed his gratitude to all present, and requested everyone for their cooperation and support towards KPA’s Rupyothsav.

The program concluded with refreshments.