Shreyas Krishna P.S, a 10 year old grade 5 boy studying in Delhi Private School Sharjah, hailing from Mangaluru, is now a published author of the book ‘Unearthing the Treasures of Life’. His dream of becoming a published author has come true as his Book is now available on Amazon US, U.K., Japan, Canada, Italy, Spain and many countries.

Shreyas is a voracious reader. His passion towards reading ignited writing skills in him at the age of six years. He started writing short stories and developed the skill by participating in creative writing competitions. His stories, anecdotes, short poems and creative writings have found columns in children magazines in UAE. His literary pursuits are commendable as he can read, speak and write articles in Kannada language in spite of being bought up in UAE since birth.

It started when he won a story writing competition conducted by Young Authors Academy Dubai. His book ‘Unearthing the Treasures of Life’ was then published in September 2019 and is now available worldwide. He was invited by Pearl 102 FM, a popular Kid’s Radio Station in UAE - to share his experience of becoming a published author. 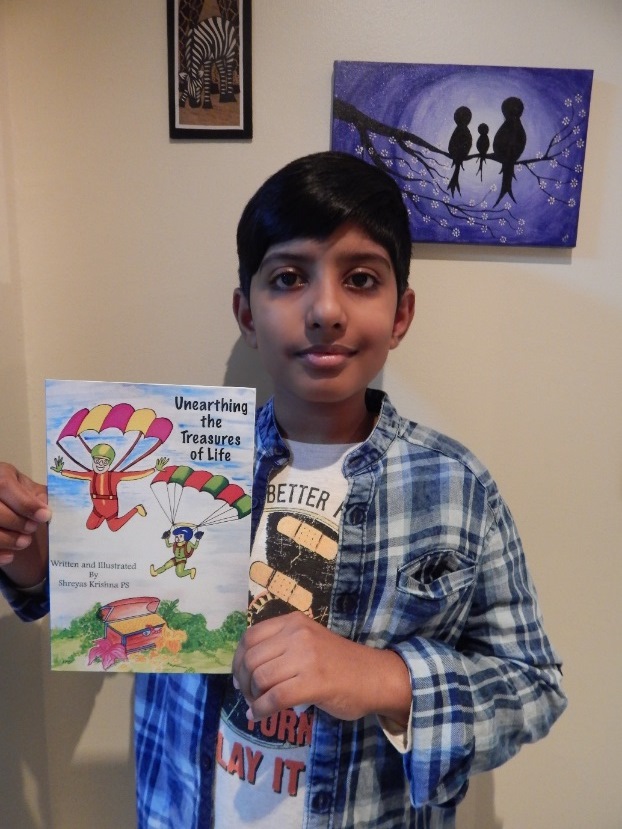 The story ‘Unearthing the Treasures of Life’ is an adventurous fiction. Story starts with two paragliders fighting for the championship title. Desperate to win the championship title, the rivals sore up on the sky and land onto a beautiful coral island. However, what they face is far from a lovely and peaceful environment. One of the interesting concepts in the story is that Shreyas has introduced a new language. The book takes the readers through a journey of unexpected twists and turns revealing the real treasures of life. This story touches upon many moral values and promises to teach a life lesson to everyone who reads it.

A multi-talented Shreyas is also a good orator and performer. He is getting trained in Bollywood and Contemporary dance at Harmony Institute for Music and Dance, Sharjah. He has given various dance performances at places such as Global Village, Indian Consulate–Dubai, Children’s City– Dubai Creek Park, Emirates International School–Dubai, Ajman Ministry of Culture, Safeer Mall, Sharjah and many more. 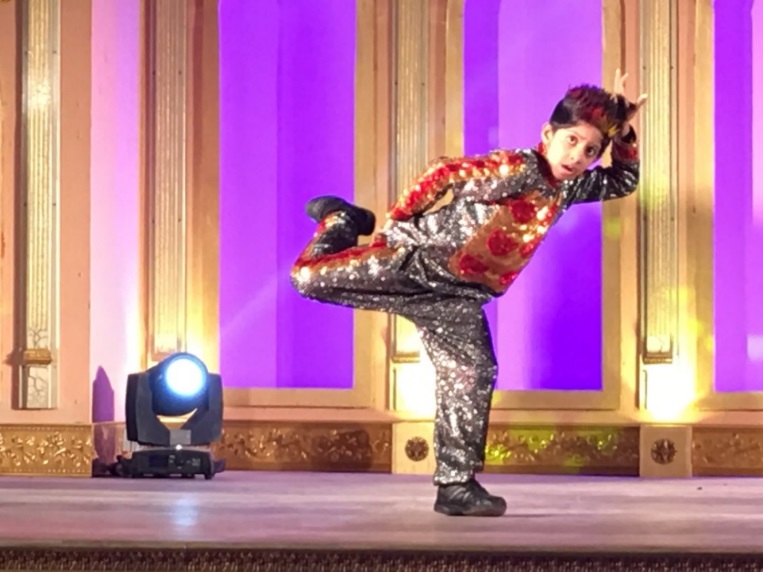 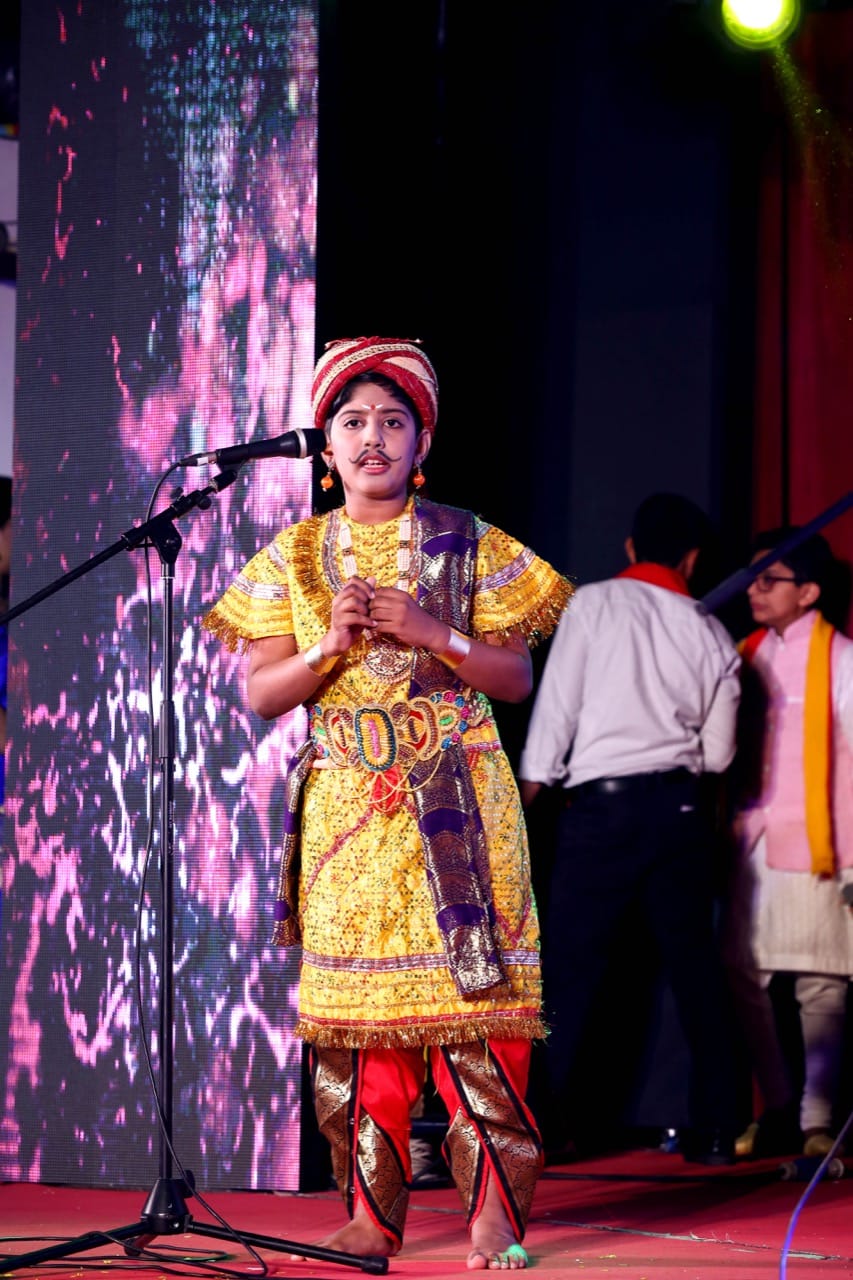 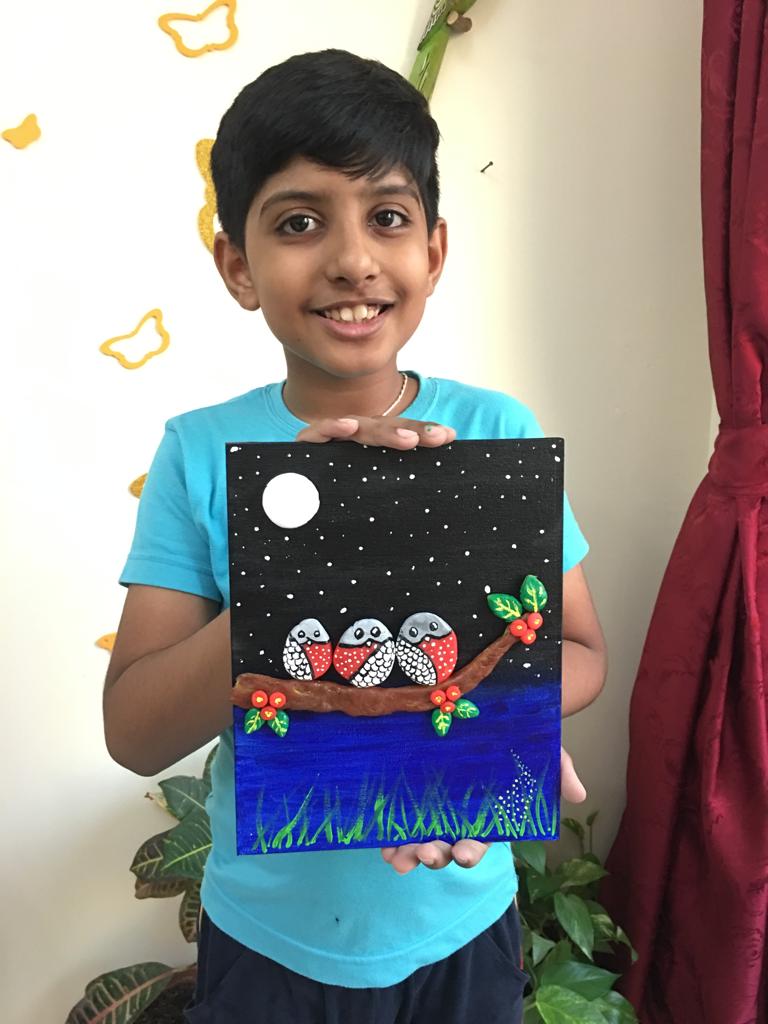 He is a talented artist and is getting trained from UC Dino Art - Achievers Training Centre, Sharjah. He is extremely passionate about cricket, has been team member of his house cricket team in school and is attending Atletas Tennis classes at school. He is attending Robotics classes at Plato’s Planet Dubai and has passed the first level. He has also attended the robotics summer camps conducted by Young Scientists, Sharjah.

Shreyas believes in the need for sustainable environment and as a member of organisations has participated in many environmental campaigns including beach clean-up, used paper, old mobile phone and plastic collection for recycling purpose via Emirates Environmental Group, Dubai. He has been an ambassador of Students for the Earth group.

Some of his achievements are:

• WordSmith Award for displaying outstanding creativity in Mekids – Creative writing Competition (2016-17).
• ‘Little Picasso Award’ for outstanding performance in the Periwinkle, 4th Annual interschool colouring competition (2017-18).
• First place in Communication Competition held at Safeer Mall (2019).
• His watercolour painting was selected and exhibited in 5th National Watercolour Painting Exhibition of UAE (November 2019).
• Finalist in ‘Born to be a Star', A Talent Search Competition-Season (2018-19).
• He is the Subject Topper in Mathematics Asset Exam during the year (2018-19).
• City topper in Science and Cyber Olympiad during the academic year (2018-19).
• Head boy of Primary Wing for the academic year (2019-20).
• Second runner-up in interschool Literary Fest Just A Minute (JAM) speaking competition(2018-19).
• Team member in winning second position in Interschool Arabic Patriotic Song Competition (2018-19).
• Team member in winning runner’s up position in Best out of Recyclables in Sharjah Clean-up Campaign (2018).
• Third Place in Elocution competition conducted by Pravasee Sree at Indian Association Sharjah on occasion of 150th Birth Anniversary of Mahatma Gandhi (2019).
• Third place in ‘Dream It, Achieve It’, painting contest held at Creativa Art Centre in Business Bay, Dubai (2019-20).
• Third place in painting competition organised at Kids Paradise Nursery, Sharjah (April 2018).
• Third runner-up in 8th UC Dinoart National Art Competition UAE (2019).
• All-rounder award from school for all round performance during the academic year (2018-19).
• Outstanding achiever award from school for academic excellence during the academic year (2018-19).
• He performed a mono act in Kannada language enacting the role of the historical figure Madhakari Nayaka of Chitradurga at the 17th Annual Day Celebration of Sharjah Karnataka Sangha at Indian Association, Sharjah (2019).
• Rendered a stunning speech in Kannada on the significance of Kannada Rajyothsawa at Abu Dhabi which received huge applauds and appreciation from the dignitaries and people gathered.(2019)