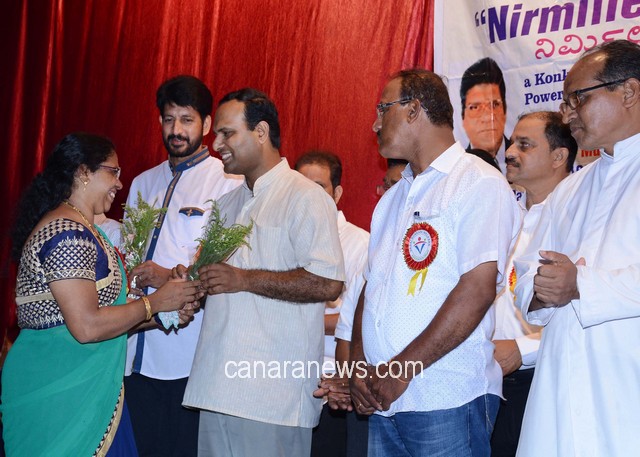 During interval our advisor Jossie Menezes felicitated with bouquets of flowers to all guests present in our show, who works for Konkani Ulai, Konkani Wadai ani Konkani Urai , that is some Konkani association's main office bears from Naigoan, Bhayander, Nallasopera, Jeri Meri, Malwani, Mira road etc.., and writers, singers from Vasai. Program is concluded by thanks giving speech from vice secretary Edward Gomes, followed by Argan geeth from woman’s wing members. Finally 3 prizes are distributed on lucky coupons draw.

The drama witnessed by house full audience, and every one enjoyed the drama and expressed their appreciation which they showered on the actors, vkwa committee members as well as woman’s wing members.