24/7 entertainment: cops likely to say no

Mumbai (The Hindu): While the central government’s decision to allow commercial establishments to remain open 24/7 was welcomed by citizens, it is likely to run into resistance from the city police. 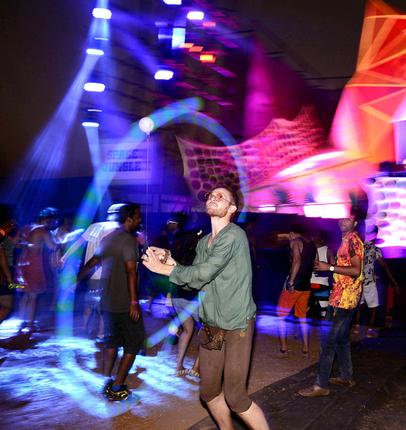 In the recent past, Mumbai Police rejected two proposals suggesting pubs, bars and shops stay open all night, all week. The police had cited law and order concerns and shot down the proposal for a single-window clearance system for the hospitality industry in a meeting on November 18, 2015 with Chief Minister Devendra Fadnavis.

The police said no to a BMC proposal to provide security to establishments that remain open 24/7 as well, citing manpower crunch. The civic body was told there are only 109 inspectors manning 7.35 lakh establishments that employ nearly 25 lakh people. “We, too, have limited staff to monitor the opening and closing timings if such a scenario exists,” a senior BMC official said.

Riyaaz Amlani, president, National Restaurant Association of India and CEO Imrepsario group of restaurants, welcomed the Centre’s decision but said it was up to the state and local authorities to implement it. “As for safety concerns, we are all taxpayers so it’s the duty of the state to recruit more police personnel and increase patrolling at night,” he said.

According to Tushar Joshi, who runs the popular Amar Juice Centre at Girgaum Chowpatty, establishments remaining open 24/7 will benefit businesses and customers. He said this would draw more people out at night, which would make the streets safer.

The rule that shuts down nightclubs by 1.30 a.m. has led to a sharp drop in the number of clubbers, said Suhas Shah, who organises parties at Club Alibii in Colaba. “It will revive the city’s night life. People begin to arrive only by 11, 11.30 p.m. and by the time they start enjoying, the club has to shut. If the new rules come into force, clubs will see more people, especially youngsters,” he added.

Employers have their own take. Adwait Kari, supervisor at Godrej Nature’s Basket, said, “Our policy ensures women do not work late night. If the law is passed, we will make sure that women work in morning and afternoon shifts and men in the night shifts. Also, police patrolling should be increased to avoid late-night crimes.

Shopkeepers like Bandra-based Vikas Malwani added the new timings will benefit office-goers who work till late and increase employment in establishments as there would be two shifts.

The public, too, sounded upbeat about the new Central rules for establishments. Pritish Sangavat, a Charted Accountant, said, “It should have been implemented a decade ago in a city like Mumbai… it’s good to all of us. One can shop and dine without having to wait for weekends and holidays.”

“I appreciate this move because I used to study till late at night, but could get nothing to eat as all shops closed by 11 p.m.,” Pragya Parakh, a student, added.

Meanwhile, chief secretary Swadheen Kshatriya said it is up to the state to decide on adopting the Centre’s proposal at this point. “We are yet to receive any recommendation from the Centre. If needed, we could move a proposal to the state cabinet for this,” he said.