6 months after Rajan’s arrest, no progress in J. Dey case

Mangaluru (The Hindu): Six months after the arrest of gangster Chhota Rajan, main accused in the 2011 murder of journalist J Dey, the murder trial has not made any substantial progress. Rajan, or Rajendra Sadahiv Nikalje, was arrested in Bali on October 25, 2015 and brought to India a month later. The 54-year-old gangster has 71 cases against him in Maharashtra including the J. Dey murder case. 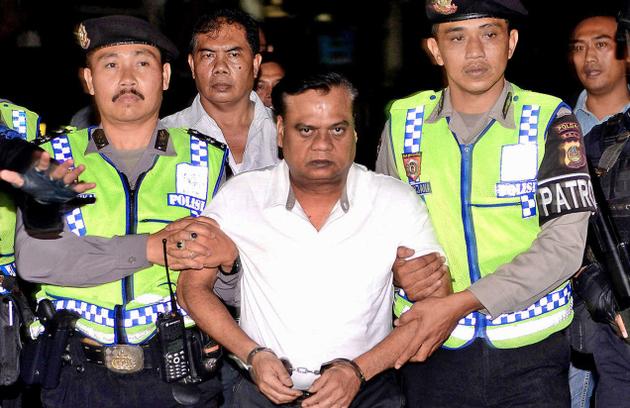 The delay comes even after a directive from Maharashtra Control of Organised Crime Act (MCOCA) court Judge AL Pansare, who had on December 8 last year cited the Bombay High Court’s order to expedite the matter and said the trial must be held on a daily basis once it begins on December 17.

However, on December 17, the Mumbai police Crime Branch filed an application that the case be transferred to the Central Bureau of Investigation (CBI). In the last five months, the CBI has only managed to access Dey’s phone, laptop and a CD containing recordings of conversations. It has also received the court’s consent to record Rajan’s voice samples.

At almost every hearing, the CBI counsel informed the court that the agency does not have the required infrastructure and is facing many problems in conducting the trial in the city. The other plea was that a formal notification for a special public prosecutor (SPP) is awaited from New Delhi. Bharat Badami, who is currently the CBI counsel, said, “The trial hasn’t gone ahead because Rajan is being investigated further.” Pradeep Gharat, the SPP in the case, said he cannot appear in the matter without a notification from the CBI. R.K. Gaur, the CBI spokesperson, said he was unaware of the procedure. He added that as it is an administrative matter, queries should be sent via email to the CBI. The email The Hindu sent to the CBI in this connection remained unanswered.

Despite the MCOCA court’s production warrant, Rajan hasn’t been brought in for the trial. On January 4, the Bombay High Court administration had assigned a special court headed by Judge S.S. Adkar to hear all cases against the gangster. In March, Judge Adkar had asked the CBI to file its progress report in the case on two occasions, but to no avail.

SPP Dileep Shah, who was the public prosecutor in the case and was instrumental in bringing about Rajan’s arrest, said, “Last month, a central government notification was issued that said 38 crime branch officers should assist the CBI; it has not been followed. Nothing is happening in cases against Rajan.”

Explaining the procedure for the appointment of an SPP, a public prosecutor said, “The nod has to come from the central government since CBI comes under the Union Ministry of Home Affairs as per the Delhi Special Police Establishment Act. How much time this takes depends on the government and the agency. The CBI director receives the file and the Government of India notifies it. Depending on the urgency, an application is made and processed accordingly. They can fast-track the procedure if the case demands it.”