Mumbai(The Hindu): Hitting out at the BJP for failing to deliver on promises of educational reforms even after two years in power, Yuva Sena chief Aaditya Thackeray on Saturday led a protest march of students, and said that the Devendra Fadnavis government is no different from the previous ‘useless’ Congress-NCP regimes. 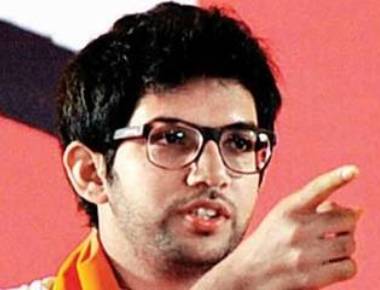 Christened ‘KG to PG – the woes in education’, the march wound its way from Girgaum Chowpatty to Islam Gymkhana on Marine Drive. Aimed at galvanising the Yuva Sena cadre ahead of the elections to 10 municipal corporations, including Mumbai, the march was used as a show of strength showcasing Mr. Thackeray as an emerging youth leader.

“When this government took office two years ago, I thought it was our government. But, with no change in the education sector, I took out today’s morcha. There is absolutely no difference between the earliernalayak[useless] governments and the current government,” Mr. Thackeray said.

Targeting State Education Minister Vinod Tawde, Mr. Thackeray said that he had met Mr. Tawde soon after the government came to power, and he had promised to look into several issues he had raised in the education sector. “But this government does not believe in susashan [good governance], but ashwasan [assurances]. I am wondering if my demands will face ATKT [allowed to keep terms] now.”

Mr. Thackeray demanded that the BJP-led government bring in a new legislation to regulate the kindergarten admission process. “I do not understand why parents have to be interviewed by the school management for KG admissions. They ask parents how many square feet house they live in, their salary brackets and their designations. How is all this related to the admissions. They should focus on providing quality education.”

He said though the government is hyping Digital India, the online college admission process continues to be chaotic and confusing. “This year, two lakh students did not get admission in the online process.”

Meanwhile, Mr. Tawde hit back at the Yuva Sena chief. “We will consider the demands made during the morcha. But, I wonder if the morcha was taken out to highlight the educational issues or to broaden the leader’s base among people. In 1991, one such morcha had established Uddhav and Raj Thackeray as the new Shiv Sena leaders.”