Mumbai (The Hindu): In yet another setback to the Bhujbals, the Enforcement Directorate (ED) on Friday served an eviction notice to the family of the senior Nationalist Congress Party (NCP) leader, asking them to vacate their family home in Santacruz (West) in two weeks. 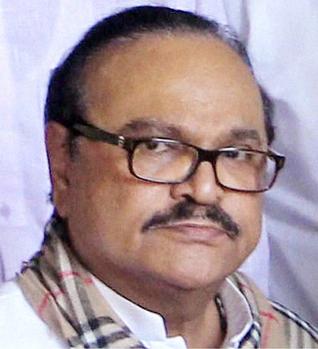 The ED has already provisionally attached these properties as part of the probe in the money laundering case against Chhagan Bhujbal.

According to the adjudication authority, the Bhujbals live in Solitaire, a nine-storey building occupied entirely by the family.

The agency will also take possession of a plot in Bandra (West). The properties together are estimated to be worth over Rs. 100 crore. Officials said the property is being attached as part of the probe into the alleged Maharashtra Sadan scam and related allegations of money laundering against the ex-minister and his family.

Senior officials said the agency will take possession of the properties after completing the attachment formalities. The ED has also attached a plot worth Rs. 160 crore in Khargar and a sugar mill and prime land worth Rs. 50 crore in Nashik. All properties were in the name of Bhujbal’s son Pankaj and nephew Sameer.

The Bhujbals are facing two charges under the PMLA (Prevention of Money Laundering Act) in the Mahrashtra Sadan case, which came to light after the PWD headed by Bhujbal had awarded the contract to his close associate, KS Chamankar. The contractor in turn sold the development rights obtained in lieu of the structure to a third party. The ED investigation revealed that Rs. 850 crore had been laundered in the matter.

Reacting to court order, Pankaj Bhujbal said the family has full faith in the judiciary. “We are hopeful of getting justice in all our matters and will continue our legal battle,” he said.