CM under fire for meetings with godman, goon 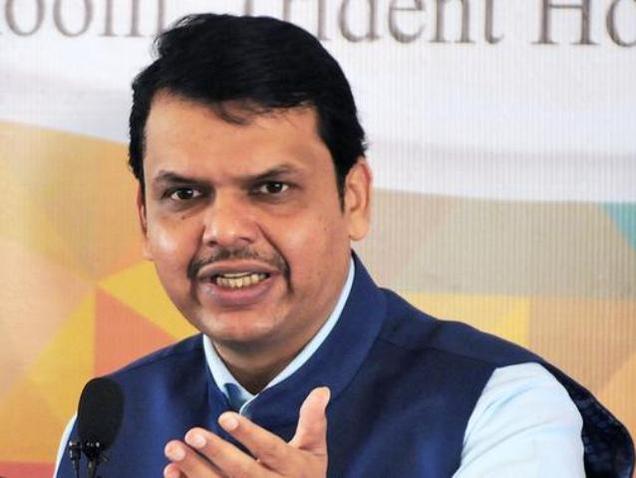 It appears to have been a mixed week in office for Chief Minister Devendra Fadnavis, who found himself embroiled in two controversies. First, he was seen in a photograph with Pune’s Baba Bodke, who has a number of murder cases against him. A day later on Saturday, Mr. Fadnavis attended a programme at Nanij, Ratnagiri organised by controversial godman Narendra Surve alias Narendra Maharaj. Speaking at the event, the CM had invited controversy by claiming that religious power was superior to political power.

At the Nanij event, Mr. Fadnavis paid respects to Mr. Surve before saying, “Whenever there was an instance where political power centres chose to walk the corrupt road, it is the religious powers that bring it back on track.” Mr. Surve is considered to be close to the Rashtriya Swayamsevak Sangh (RSS), and has claimed to have worked to stop conversions of Hindus. He was also invited to Mr. Fadnavis’ swearing-in ceremony as the Chief Minister in November 2014.

The CM’s remarks did not go down too well with Opposition parties. “If he himself is so fed up with political power, then he should give it up. Since he is acknowledging his failure, then does he have right to remain in power?” asked Leader of Opposition and Congress MLA Radhakrishna Vikhe-Patil.

Mr. Fadnavis was criticised by rationalists as well for paying respectes to a controversial godman. During 1996 to 2000, rationalist late Narendra Dabholkar, who was shot dead in Pune three years ago, and his organisation Maharashtra Andhshraddha Nirmulan Samiti (MANS) were involved in a fierce battle with Mr. Surve over the latter’s claims of miracles and curing patients without medical help.

Following a sustained campaign by MANS, Mr. Surve had to accept on camera that he has no claim to miracles and does not cure patients through them.

Dr. Dabholkar’s daughter, Mukta, said, “We expected better from the CM. His attending Maharaj’s programme gives the latter a certification, which we feel is harmful to the State’s interests. This State has maintained the progressive tradition of Mahatma Phule, Chhatrapati Shahu and Dr. Babasaheb Ambedkar with continuous battles against regressive forces. The CM’s action and statement put the State in bad light.”

Earlier in the week, Mr. Fadnavis was also seen in a photograph with Pune’s Baba Bodke, whose name figures in several cases of murder. As per the clarification from the CM’s office, Mr. Fadnavis wasn’t aware about the person [Mr. Bodke] who had accompanied people who had been given an appointment by the CM. According to BJP sources, Mr. Bodke was to join the BJP ahead of the Pune civic polls. Following the criticism, party leader and Pune’s guardian minister Girish Bapat has denied plans to give a party ticket to any person with a criminal background.

While no BJP leader chose to speak on record on the controversies, a party leader on the condition of anonymity accepted that Mr. Fadnavis’s image does suffer when he is seen with undesirable elements. “Despite being from the BJP, he has maintained an acceptable-to-all face till now. If possible, he should avoid such statements in future,” he said.