Mumbai (The Hindu): On Saturday, city schools were in a celebratory mode. The CBSE exams results had been announced, and their students had done well. Some schools recorded better results than the previous years, and the overall mood was upbeat through the day. 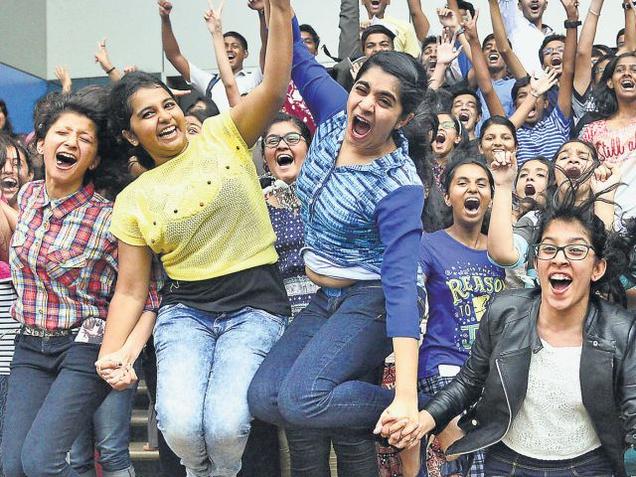 Kalpana Dwivedi, principal of St Joseph’s School, Panvel, said, “We have secured 100 per cent results in this year’s exams. Of the 248 students who appeared for the exam, 70 scored 10 Cumulative Grade Points Average (CGPA) and 72 scored 9 CGPA.”

It wasn’t just high scores, but a better performance than previous years that made the school principals proud. Rakesh Joshi, principal of Apeejay School in Nerul, said: “We have had a very good result. Of our 198 students, 104 scored 90 per cent. This has been our best result in the last three to four years.”

T. Kalathinathan, principal of the Atomic Energy Central School No 3, Tarapur, said: “This year’s result was excellent. I have 100 pass percentage and the overall performance was better than last year. Last year, only four students got perfect score, and this year I have 10 students with the perfect score.”

Jose Kurian, Regional Director D.A.V. Public Schools, Western Region, said: “Our schools in all regions of Mumbai have done exceptionally well, with many students scoring 10 CGPA. Children have scored 100 out of 100 in Maths, and while we have been doing well every year, this year the results have been slightly better.”

Mr Kurian attributed the better performance to access to resource material, and different sources of learning.

Girls have outperformed the boys in the Chennai division, of which Maharashtra is a part. Their pass percentage was 99.79 per cent as opposed to boys, who scored 99.62.

School heads said they were proud of the consistent results they have been able to put up. Anjali Bowen, principal of Ryan International School, Kandivali (E), said: “We have secured 100 per cent result for the seventh consecutive year.”

At the Sri Sri Ravishankar Vidya Mandir, Borivali (E), almost half the student strength scored over 90 per cent. School principal Rekha Kapur said, “We have had an excellent result. Fifteen of our 33 students have scored above 90 per cent.”

While the fixation for science stays, Mr. Rakesh Joshi said Commerce too has considerable pursuers this time around.