Mangaluru (The Hindu): Former Revenue Minister Eknath Khadse, who resigned citing moral grounds in the face of allegations of corruption, continues to live in Ramtek, the bungalow allotted to him by the government, without seeking government approvals, an RTI query by activist Anil Galgali has revealed. 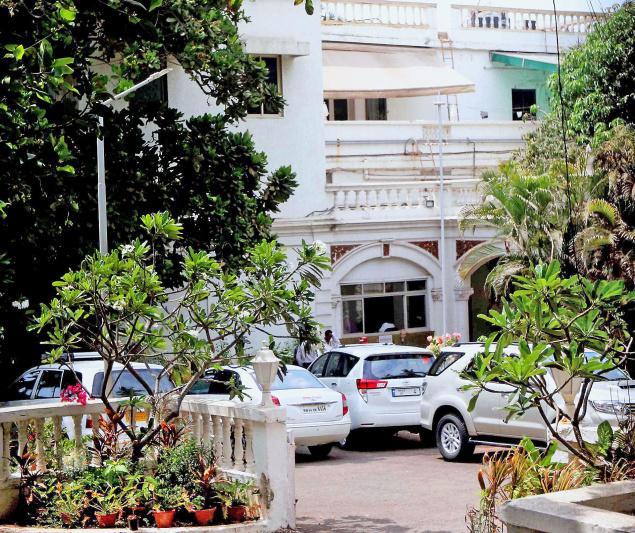 Mr. Galgali had sought information from the government about the purported possession of two bungalows by Mr. Khadse. Denying that Mr. Khadse was allotted more than one bungalow, the Under Secretary & Public Information Officer S.M. Dhule in his reply said the ex-minister continues to occupy Ramtek bungalow and has not vacated it.

In his reply on July 13, Mr. Dhule said the bungalow, admeasuring 8,857 sq.ft., was allotted to Mr. Khadse on November 19, 2014 and he has not been given an extension. He also provided Mr. Galgali a Government Resolution dated March 1, 2014 which stated that on ceasing to be a minister, the occupant has to vacate the allotted bungalow within 15 days. He could continue to occupy the bungalow for three more months after seeking permission from the government. The GR also specifies that in case of extension of stay being granted, he would have to pay a monthly rent of Rs. 25 per sq.ft. as well as for other services provided at the bungalow.

“Mr. Khadse has not been given any permission to extend his stay in the bungalow. It was imperative for him to vacate the bungalow on June 19, 2016, as he had resigned on June 4. Hence his stay is illegal,” Mr. Galgali said, alleging the government was providing undue favours to the senior BJP leader.

He added, “The government should ensure the bungalow is immediately vacated by Mr. Khadse and should take action against him for illegal occupation for the extra period.” Mr. Galgali has also written to Chief Minister Devendra Fadnavis on this matter.

Mr. Khadse tendered his resignation after he came under intense attack from the Opposition, with multiple allegations levelled against him. In October 2015, Jalgaon Police Inspector Ashok Sadre, who took action against illegal sand mining mafia operations by one Sagar Chaudhari, committed suicide.

The Aam Aadmi Party (AAP) had alleged that Mr. Sadre committed suicide under pressure due to Chaudhari’s close links with Mr. Khadse. The politician had denied the allegations.