The nine metro corridors are expected to be fully operational by 2021 and the train services on the network are expected to cater to more than 40 lakh commuters every day. 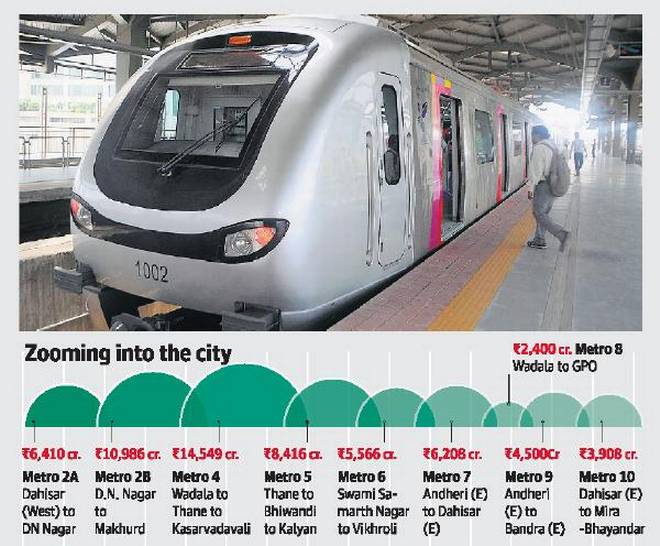 U.P.S. Madan, Metropolitan Commissioner, MMRDA, said: “Considering the way Mumbaikars have embraced the Versova-Andheri-Ghatkopar Metro 1 corridor, I wouldn’t be surprised if the numbers of users go beyond what has been estimated.”

MMRDA officials say that apart from providing connectivity to different regions in the city, the corridors will generate employment opportunities for 10,000 engineers and 40,000 skilled and unskilled workers.

Mr. Madan said, “I expect the metro corridors to encourage Mumbaikars to take to public transport. It will help reduce private vehicles on roads and the harm caused to the environment by the burning of fossil fuels.“