Marathi actor dies after fall from train at Malad

Mumbai, (The Hindu) : A 22-year-old Marathi actor lost his life after he fell from a train at Malad railway station on Monday morning.

According to the Borivali railway police, Praful Bhalerao, a known face in the Marathi film and television industry, was working as a call operator at the Malad office of Just Dial, an information portal. 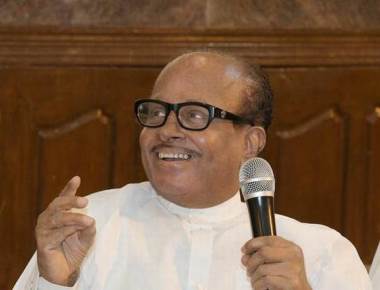 He was on his way to his Girgaum residence after completing his night shift. CCTV footage at Malad station, the police said, shows Bhalerao running to board the 04:18 am local to Churchgate.

“The train had started moving by the time he reached the platform. He still boarded the train, but lost his grip on the door after it left the station. He fell onto the tracks and suffered head injuries,” a railway police officer said.

Bhalerao was rushed to Shatabdi Hospital in Kandivali, where he was declared brought dead. He was shifted to Bhagwati hospital for the post-mortem.

He used to stay with his parents in Kranti Nagar, Girgaum. His father Kailash, who works as a security guard, was informed at 6 a.m. about his death. “His father initially told me that our son had an accident and had broken his arm. I asked him to let me come with him, but he said he would go alone. It was later I learned that we had lost him,” Bhalerao’s mother Shalini said.

After his body was handed over to his family later in the day, he was cremated at Chandanwadi crematorium in Marine Lines.