Marathwada to get water grid

In the first meeting held in Marathawada after a gap of seven years, the State Cabinet on Tuesday sanctioned projects worth Rs. 49,248 crore for the region. Marathwada has been battling drought for the last three years and may now face a ‘wet drought’ due to continuous rain over the last week. 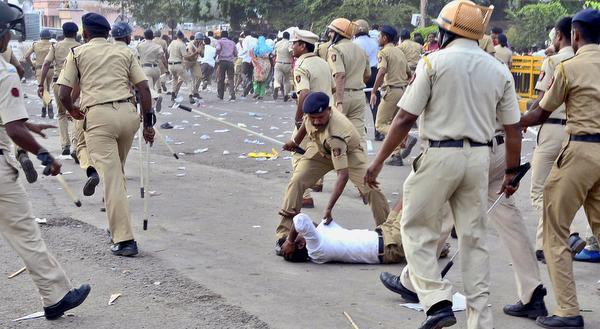 The cabinet approved setting up of a water grid in the region; a Detailed Project Report (DPR) for the same has been asked to be prepared. It sanctioned Rs. 9,291 crore to improve irrigation facilities in the region. Of this, Rs 4,800 crore will be spent on Krishna-Marathwada Project stage 1; Rs. 819 crore on Nimna Dudhna project, Rs. 894 crore on Nandur Madhmeshwar and Rs. 1730 crore on Urdhva Painganga and Kundlika Projects. Remiainging irrigation projects will receive Rs. 1048 crore.

For improving transport facilities, Rs. 35,526 crore has been sanctioned. The government has diverted Rs. 27,000 crore towards building 2,200 kliometres of National Highways in the region, whereas Rs. 3000 crore will be used to construct 2300 kilometres of state highways. The Aurangabad airport expansion will amount to Rs. 200 crore and the much awaited Ahmednagar–Beed–Parli railway line, and the Vardha–Nanded rail line will be built at Rs. 2,826 crore and Rs. 2500 crore respectively.

However, the Government’s decision to allot large sum of money to different schemes has met with stern criticism from the opposition. “Chief Minister has made numerous promises but will he tell us from where all this money will come? Similar promises have been made earlier too. Why weren’t they fulfilled?” asked Radhakrishna Vikhe-Patil, Leader of Opposition in the State Assembly. Mr. Vikhe-Patil said after three years of consecutive drought in the region, farmers are now suffering due to excessive rains. “At this point, it was necessary to declare loan waiver. But this government failed on that front as well,” he said. Meanwhile, police used tear gas and resorted to lathicharge to control a rally of teachers from the Maharashtra Rajya (Kayam) Vina Anudaanit Shala Kruti Samithi, in Aurangabad on Tuesday. ACP Khushalchand Baheti of Aurangabad Police said, “The participants went on rampage and starting pelting stones at pedestrians. Nine policemen and a few pedestrians sustained injuries,” he said.