Monorail hits a snag a day after resuming

Mumbai, (The Hindu): A Monorail train with passengers on board was left stranded mid-section for nearly an hour after a coach was entangled with a cable TV wire, around 3 p.m. The fire brigade had to be called to cut the wire. The train was freed at 3.54 p.m. after which services resumed, fire brigade officials said. 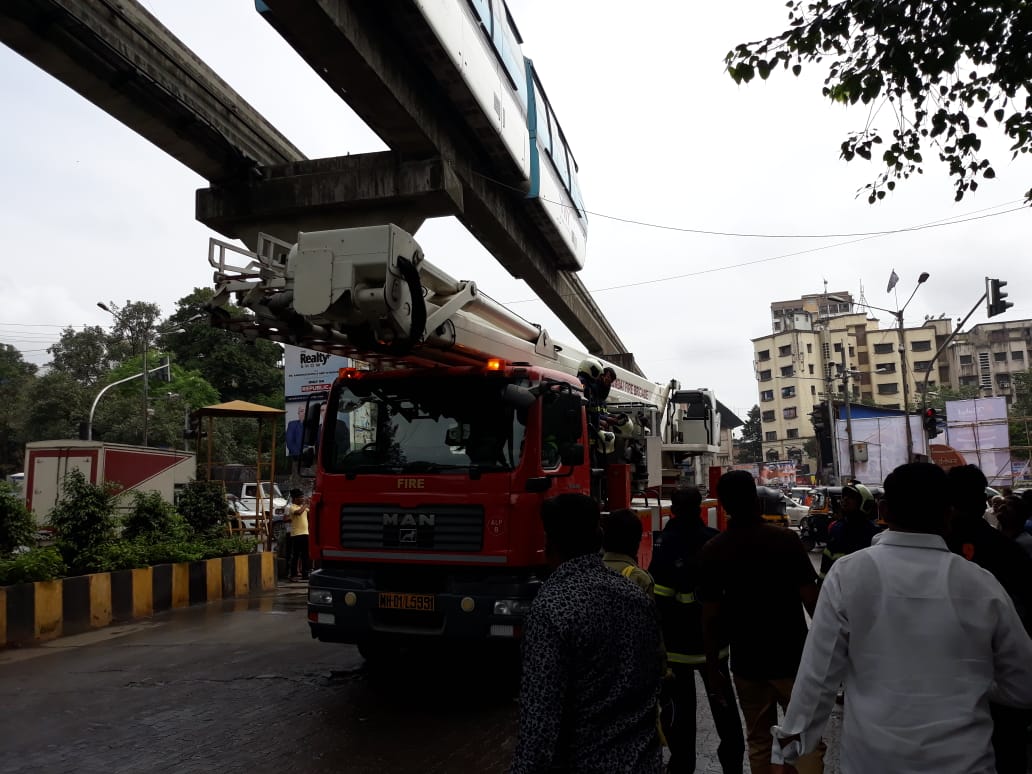 According to Dilip Kawathkar, joint project director (public relations) of the Mumbai Metropolitan Development Authority (MMRDA), the passengers did not have to be evacuated and the train resumed services thereafter.

Before services resumed on Saturday, MMRDA had conducted trials for nearly 15 days.

“We did not know about the wires and will be filing a police complaint against the cable operator soon,” Mr. Kawathkar said.

MMRDA officials said the cables were illegal and that they had most probably been put up when the Monorail operations were shut.

Brake malfunction
In another incident, a train stopped in its tracks near V.N Purav station at Chembur Naka after the Automatic Train Protection System (ATPS), its emergency braking system, was activated at 2.30 p.m.

The system is normally activated in cases of overspeeding. However, officials said that the system developed a minor snag due to which it was activated. “There was a small technical problem, which was sorted out soon,” Mr. Kawathkar said. The train was stranded in the mid-section for around 10 minutes.

The Monorail services had been temporarily discontinued since a fire on November 9, 2017, gutted two coaches of a train at the Mysore Colony station.