Panaji, (IANS) The quantum of corruption in the BJP-led coalition government in Goa is much greater than in the AgustaWestland VVIP chopper deal, Shiv Sena spokesperson Sanjay Raut said on Sunday. 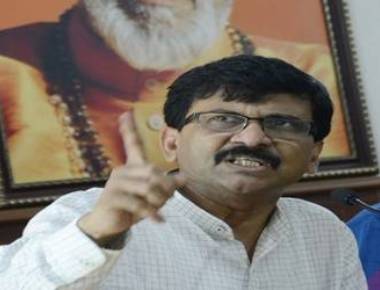 Speaking to the media, Raut also demanded the arrest of "two to three" ministers in the Goa cabinet on charges of graft.

The Rajya Sabha MP also said that the AgustaWestland probe should be completed within a limited time-frame.

"Goa has become a dumping ground of corruption... The volume of corruption is more than AgustaWestland (scam) in the Goa government. We have evidence. In Goa, two three ministers should go to prison, please clean up this state too," Raut appealed to Defence Minister Manohar Parrikar.

On Friday, without taking names, Parrikar had attacked top Congress leaders, suggesting their involvement in the VVIP chopper scam during a reply to a discussion in Parliament.

Raut, while lauding Parrikar's inferences in Parliament on Friday, said the probe should have a fixed time frame, lest it prolong like the investigations in the Bofors scam of the 1980s.

"We welcome Parrikar's comment, but how long will the investigation last? Two months, three months, four months? You give the country a time limit, otherwise it will be a repeat of the Bofors (probe) which lasted for years together," Raut said.

"If the Italian government has arrested the bribe giver, why are you scared of arresting the bribe taker? You have the name, you have evidence. Investigate it quickly and in two, three months give the name of the culprit to the people in this country," he added.