Mumbai (The Hindu): Even as senior Congress leader P. Chidambaram arrived in Mumbai to file his Rajya Sabha nomination on Tuesday, the Shiv Sena on Monday questioned the Congress move to send him to the upper house from Maharashtra. 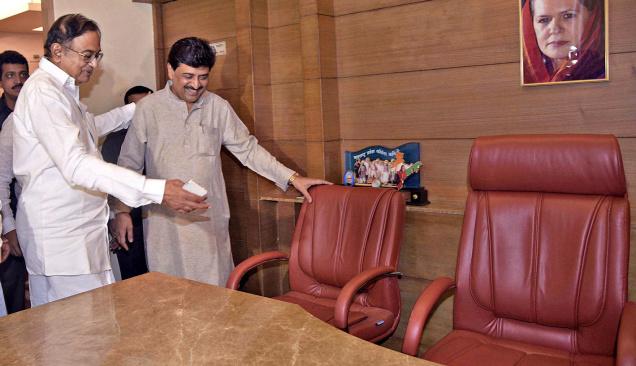 “The Rajya Sabha nomination is an internal matter of the Congress, but the party has shot itself in the foot by imposing Mr. Chidambaram on Maharashtra. Earlier, others like Rajeev Shukla were sent to the upper house from Maharashtra, and only the Congress knows how useful they were for the State,” said an editorial in Shiv Sena mouthpiece Saamana.

“Mr. Chidambaram and Kapil Sibal, two lawyers, were brought to the Rajya Sabha by the Congress only to defend itself. The Congress is blocking new legislations, and stalling the upper house with pandemonium on the basis of its majority. But, the party is no match for the bombardment from the ruling dispensation. So, what differences will the entry of Mr. Chidambaram and Mr. Sibal make?” asked the editorial.

The editorial said the Congressmen were under the false impression that Mr. Chidambaram and Mr. Sibal would help the party hold its own against Dr Subramaniam Swamy’s bombshells. “The truth is more than defending the party. It appears that these two lawyers are being sent to the RS to defend Sonia and Rahul Gandhi, but Parliament is not a courtroom, and verbal arguments can’t help you tide over a crisis,” the editorial said, questioning Mr. Chidambaram’s nomination at a time when the Enforcement Directorate has begun its investigations against him and his family for alleged financial misappropriation.

The former Finance Minister arrived in Mumbai on Monday evening and was welcomed by State Congress Chief Ashok Chavan.