Moodbidri (The Hindu): A three-day extravaganza of dance and music, Alva’s Virasat, began here on Friday with Bharatanatyam dancer V.P. Dhananjayan stressing on art-integrated education. Addressing the gathering after receiving this year’s Alva’s Virasat Award, he said that involvement in art promoted character. 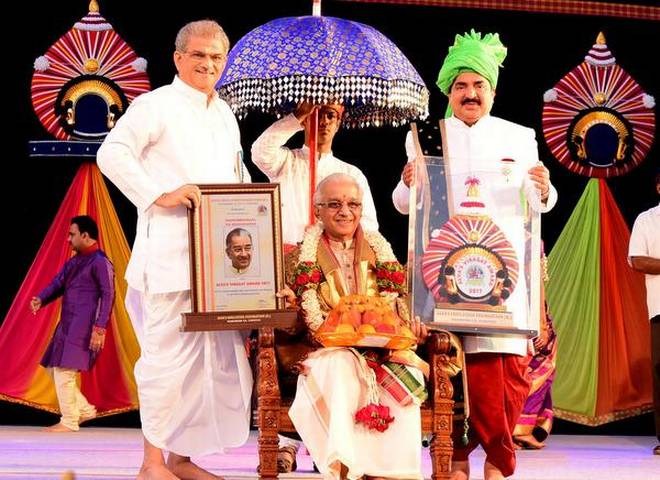 He said that natya is a physical, mental and spiritual activity. “In itself, it is an education system,” he said and advised students to inculcate discipline, devotion and dedication.

The 23rd edition of the virasat, organised by Alva’s Education Foundation, will feature more than 600 artistes presenting different shows on the three days.

The highlight of Friday’s programme was a bansuri-flute jugalbandi featuring Praveen Godkhindi on the bansuri and Shashank Subrahmanyam on the flute. They were accompanied on the tabla by Pandit Shubashankar Banerjee and on the mridangam by Vidwan Bhaktavatsalam. It was followed by Odisha’s Gotipua dance, neo-kathak dance, hudo rass dance of Gujarat, Yakshagana dance of Bagaduthittu school, and Arbanamattu dance of Kerala by Muslim artistes.