Bengaluru, DHNS: Chief Minister Siddaramaiah on Tuesday publicly spiked a proposal of the food and civil supplies department to provide cash coupons to BPL ration cardholders instead of foodgrains. 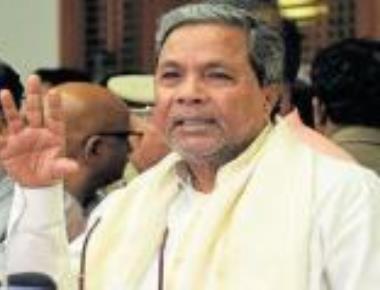 Speaking after launching an online application system for below poverty line (BPL) ration cards, Siddaramaiah said providing cash coupons instead of foodgrains through the public distribution system would defeat the very purpose of the government’s intention of making the state “hunger free”. “The government’s endeavour is to ensure that no person in the state goes to bed hungry,” Siddaramaiah said and asked the audience, “Do you want cash coupons or foodgrains?”

“Which card do you hold,” asked Siddaramaiah. “BPL?cards,” came the collective reply. “So foodgrains it shall be. At no cost should the cash coupons scheme be implemented,” Siddaramaiah directed Minister for Food and Civil Supplies U?T?Khader, who shared the dais.

The department had proposed to provide BPL?ration cardholders the option of redeeming cash coupons for rice and other foodgrains at general provision stores, if they were unhappy with the quality of ration supplies.

The chief minister also launched a new initiative of selling pulses under PDS. For the month of February, one kg of green gram would be issued per card at a subsidised price of Rs 33 (market price Rs 66) to BPL?families. Siddaramaiah reiterated that the government would enhance entitlement under PDS?from the present five kg per person from April 1. The quantum of enhancement would be announced soon.

Siddaramaiah told officials of the food and civil supplies department to exercise caution while weeding out fake ration cards. “Identifying and scrapping fake cards is important but also ensure that genuine beneficiaries are not affected,” he said. Khader said ration card issue had been included under Sakala scheme. Once scrutiny of applications is over, the cards would be delivered to the applicants within 15 days.
vide cash coupons to BPL ration cardholders instead of foodgrains.