“The Supreme Court had directed the state government to solve the Datta Peetha controversy through mutual understanding and amicably,” said MP Shobha Karandlaje. 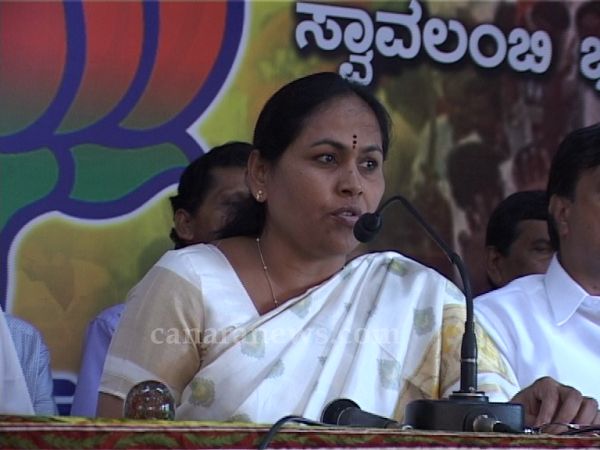 “What justice can we expect from the Congress-led government that has been engaged in celebrating Tipu Jayanti, in connection with Datta Peetha,” asked the MP.

She was speaking at the Anasooyadevi Jayanthi and other rituals held as a part of Datta Jayanthi organised by the Vishwa Hindu Parishat and Bajrang Dal on Sunday,
Karandlaje said, “Datta Peetha belongs to Hindus from time immemorial. It was the place where Dattatreya had settled. Datta Paduke is in the cave. Datta Peetha is a holy place for Hindus. However, with the invasion by Muslim rulers, they began to claim it to be their place of worship.”

She said, “We can not expect justice from a state government that has been observing Tipu Jayanti grandiosely.”

The Parliamentarian said, “B S Yeddyurappa will become chief minister in the next Assembly election. If the court still allows the state government to take a decision on the row over Datta Peetha, then the BJP-led government will declare Datta Peetha as belonging to Hindus.”

Women who had arrived from different parts of the state carried out Sankeerthana Yathra in the town. The women chanted Dattatreya Bhajan. The Sankeerthana Yathra commenced at Bholarameshwara Temple and culminated at Sri Rama Temple on Rathnagiri Road.

The district police had tightened the security in the district to ensure that no untoward incidents occur during the Datta Jayanthi celebrations. All the vehicles leading to Inam Dattatreya Peetha were checked at the Kaimara checkpost.

A permanent fence was erected around the restricted area at the Peetha. To avoid rush inside the cave too, a permanent barricade was placed inside the cave and one person was allowed at a time. Women who had taken part in the Datta Paduke Darshana were not allowed to enter with water bottles and bags.

The district administration had made arrangement for meals for the devotees. Drones were used to monitor security.