Bengaluru, Jan 11: Archbishop Dr. Bernard Moras who heads a Catholic population of over 4 Million in the Southern City of India inaugurated a Commission for Minorities, Jan 11th at 4.11pm at Paalana Bhavan adjacent to the official Residence of the Archbishop. 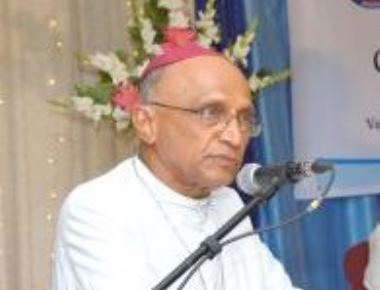 Several Media Persons were present for reportage. The Prelate who rendered a heart-rending speech to the gathering that included superiors from several religious houses and volunteers from various Pious societies said “The poor and marginalized should have the first place in our hearts”. Speaking about privileges available to the minority and marginalized the Catholic Head who also leads a combined delegation in Karnataka said “Quite often we are not aware of the privileges available to us”.

The Spiritual Head appealed to volunteers to reach the benefits to people in need and go the ‘extra mile’ in helping people who need guidance. The Archbishop Dr. Bernard Moras also informed the gathering that “The Catholic Church as per established statistics has contributed over 20 percent of the Nation’s growth in terms of Education, Health Care and charities”

The Spiritual Leader also informed the gathering “ The Church cares for everybody in need and the Catholic church does not discriminate against anybody ”. In a jovial and kind gesture the Archbishop invited superiors of a convent to join in the celebrations saying “women have contributed much to society, they should not be left out”.

The Commission Office Secretary Fr. Arockisamy Aruldas told media persons in a private interview “It is not happy persons who are thankful but thankful people who are happy” reiterating the need to thank the government for helping minorities. He expressed deep gratitude to the Archbishop for his concerted efforts and plans for the Church in the State of Karnataka.

Financial Administrator of the Archdiocese,Fr. Martin Kumar,Chancellor Fr. AS Anthonyswamy, Advocate and Member of the Christian Development council Advocate Mr. Bhaskaran, Estate Manager John Roasrio and Secretray to the Archbishop Fr.Paneer Selva Kumar were present for the inauguration.