Bengaluru (NDTV): Karnataka Minister HY Meti, entangled in an alleged sex scandal, resigned today saying he wanted to prevent any embarrassment to his government but denying that he had done anything wrong. 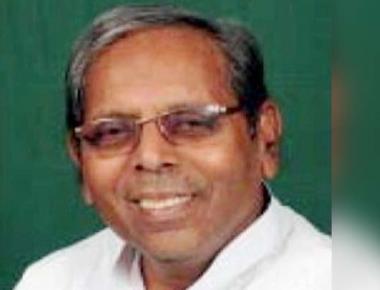 Mr Meti resigned soon after a video surfaced, apparently of him with a woman who had come to him for help.

The video was released by RTI activist Rajashekar Mulali who alleges that he was threatened by the supporters of Mr Meti, the state Excise Minister.

The Congress government of Siddaramaiah was embarrassed last month after its Minister Tanveer Sait was caught on camera scrolling through explicit photos on his phone.

"Excise Minister HY Meti has resigned. I have recommended to the governor to accept the resignation. I have also ordered a probe," Chief Minister Siddaramaiah tweeted.

71-year-old Mr Meti said he had asked the Chief Minister to order an investigation.

The minister had earlier roundly dismissed the tape and the allegations. "...All the reports that are coming on TV channels are false. I don't know who that RTI activist is, I only saw him on TV today," Mr Meti had said earlier after the row erupted. He had also challenged the activist to "produce the video and prove his allegations.

He also said "I don't have any enemies."