Udupi (The Hindu): Minister of State for Fisheries, Youth Services and Sports Pramod Madhwaraj has said that all efforts would be made to provide maximum concession for local vehicles at the toll plazas at Hejmady and Sasthan in Udupi district as per the norms.

Addressing presspersons here on Wednesday, Mr. Madhwaraj said that the National Highways Authority of India (NHAI) had to take the decision on this issue. He spoke to Chief Secretary Subhash Chandra Khuntia on February 14 and requested him to hold a meeting on the toll issue. 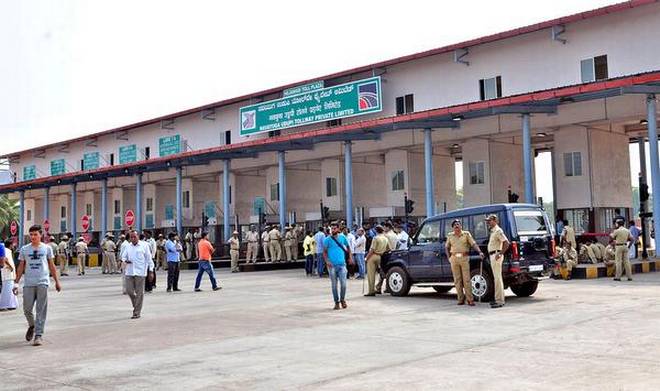 Local vehicles carrying registration numbers KA 20 from Udupi district and KA 19 from Dakshina Kannada district should be given concession.

People living in a 5-km radius of the toll plazas used their vehicles for local movement within that radius. “They would not be using the entire stretch of the Hejmady-Kundapur on National Highway 66. Why should they pay for the entire stretch?” he asked.

Besides the Ministers and legislators of Udupi and Dakshina Kannada, the officers of the Public Works Department, the National Highways Authority of India and Navayuga company, which was undertaking the widening work of the Kundapur-Hejmady stretch, too would be participating in the meeting to be called by Mr. Khuntia shortly.