Mangaluru (The Hindu): “If you happen to consume drugs, then beware. You will be under our radar,” he said. 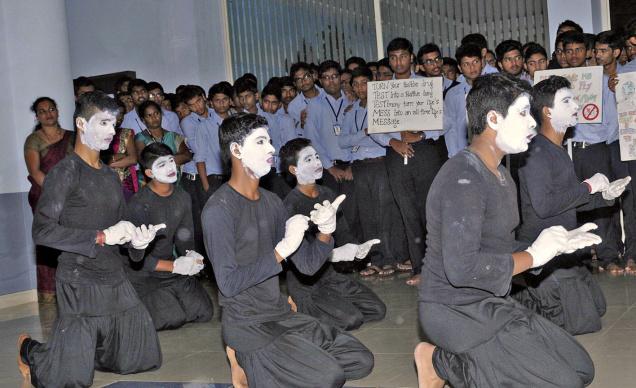 The police had improved their network and were getting information on a regular basis. Apart from city residents, they had arrested those from neighbouring Shivamogga and Kerala who were involved in selling cannabis.

The DCP asked students not to fall prey to drugs that would affect them personally and academically. He asked students to call the police control room and provide information on those selling cannabis and other narcotic drugs in the city. The police need the cooperation of public in combating the drug menace, he added.

Sudeendra Prabhu from Yenepoya University and the former Minister and Chairman of Vikas PU College Krishna G. Palemar were present.