Students had to contend with additional test on exam day

Mangaluru (The Hindu): With the district administration going ahead with I Pre-University examinations, students were put to hardship on Saturday in the absence of private city buses owing to the hartal called to oppose the participation of the Kerala Chief Minister in the Karavali Sauharda Rally here. 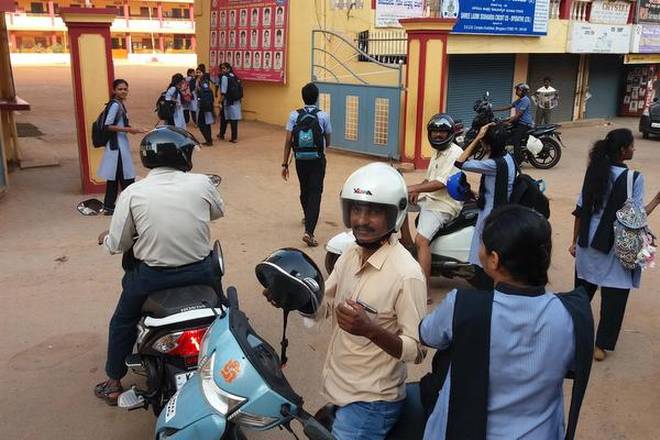 As many as 17,513 students were to write Mathematics, Geography, Basic Mathematics and Home Science papers on Saturday and 46 were absent.

While the lack of transport was the prime reason, there were some who failed to attend because of sickness and other reasons on Saturday.

Deputy Director of PU Education K.R. Thimmaiah said that an opportunity will be given to absentees to write the papers in the next few days. With private buses off the road since morning, students had to make own arrangements to reach examination centres.

“There were many calls from students. I had to tell them to make their own arrangements and reach the college,” said Ratnakar Bannady, principal of Ganapaty PU College.

Principal of St. Aloysius PU College Melwin Mendonca said that students and parents were tense and did express concern over chances of some untoward incident. “But we also told that they had to go ahead with exams as directed by authorities,” he said.

Some came by their own vehicles, while other students hired autorickshaws and taxis at higher rate from places such as Kasaragod to reach the college. All 2,100 students wrote the examinations on Saturday, he added.