Will state get its first woman police chief by January-end? 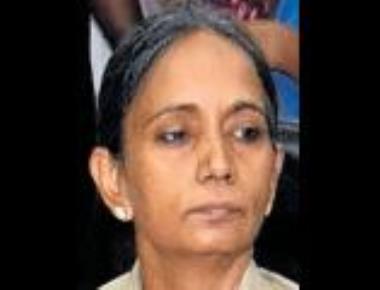 The post of the DG&IGP will fall vacant by January end when incumbent Om Prakash retires on superannuation. Names of four officers of the DGP?rank are making the rounds for the post of the state police chief.

Rupak Kumar Dutta, whose seniority was overlooked during the selection last time as he was on Central deputation as special director, CBI, is the senior most among them. The three other officers of the DGP?rank are Neelamani, H C Kishore Chandra and M N Reddi.

While it was said that the state government may extend Om Prakash’s tenure by a few months, highly placed sources said that there was no such proposal.The Home department will recommend the panel of names to the chief minister who will take the final call, the sources stated.

If government goes by the seniority criteria, it may have to appoint Dutta as the DG&IGP. Dutta, who is still on Central deputation and recently missed the opportunity of being the CBI chief, will be retiring in October this year. As he will have a shorter tenure, the government may consider Neelamani for the post, the sources said.

Neelamani, a 1983-batch officer, was on Central deputation for as many as 23 years and had served in Central intelligence agencies for long.

She returned to Karnataka in 2016 and, the buzz was that she was back here to head the state police force after Om Prakash’s retirement. She is at present DGP?(Internal Security Division). Neelamani’s husband, D N Narasimha Raju is a former IAS officer.

It is said that his words carry weight in the Siddaramaiah government. Raju resigned as the Chief Information Commissioner three months ago. Two other DGPs Kishore Chandra and Reddi also stand a chance. Kishore Chandra, a Kannadiga, is a ‘quiet worker’.

Reddi, who hails from Andhra Pradesh, has proved himself as an officer who can connect well with people. He has a good rapport with those who matter in the present government, the sources said.